The MSCHF-designed Nike Air Max 97 shoe, which contains a drop of human blood, is causing a mixed reaction on social media.

The rapper is teaming with streetwear label MSCHF for a black and red version of the Nike Air Max 97 sneakers dubbed the “Satan Shoe.” According to MSCHF, the sneakers are designed with “the sole air bubble containing 60 [cubic centimeters] of ink and one drop of human blood” and include an engraved bronze pentagram, an inverted cross on the tongue pull tab and red wool insoles with pentagrams on the heels.

The blood used for the sneakers comes from members of MSCHF’s design staff and each shoe is numbered from one to 666. The shoes retail for $1,018, a reference to the Bible passage “Luke 10:18” that reads, “I Saw Satan Fall Like Lightening From Heaven.” The sneakers launched on the brand’s website Monday. 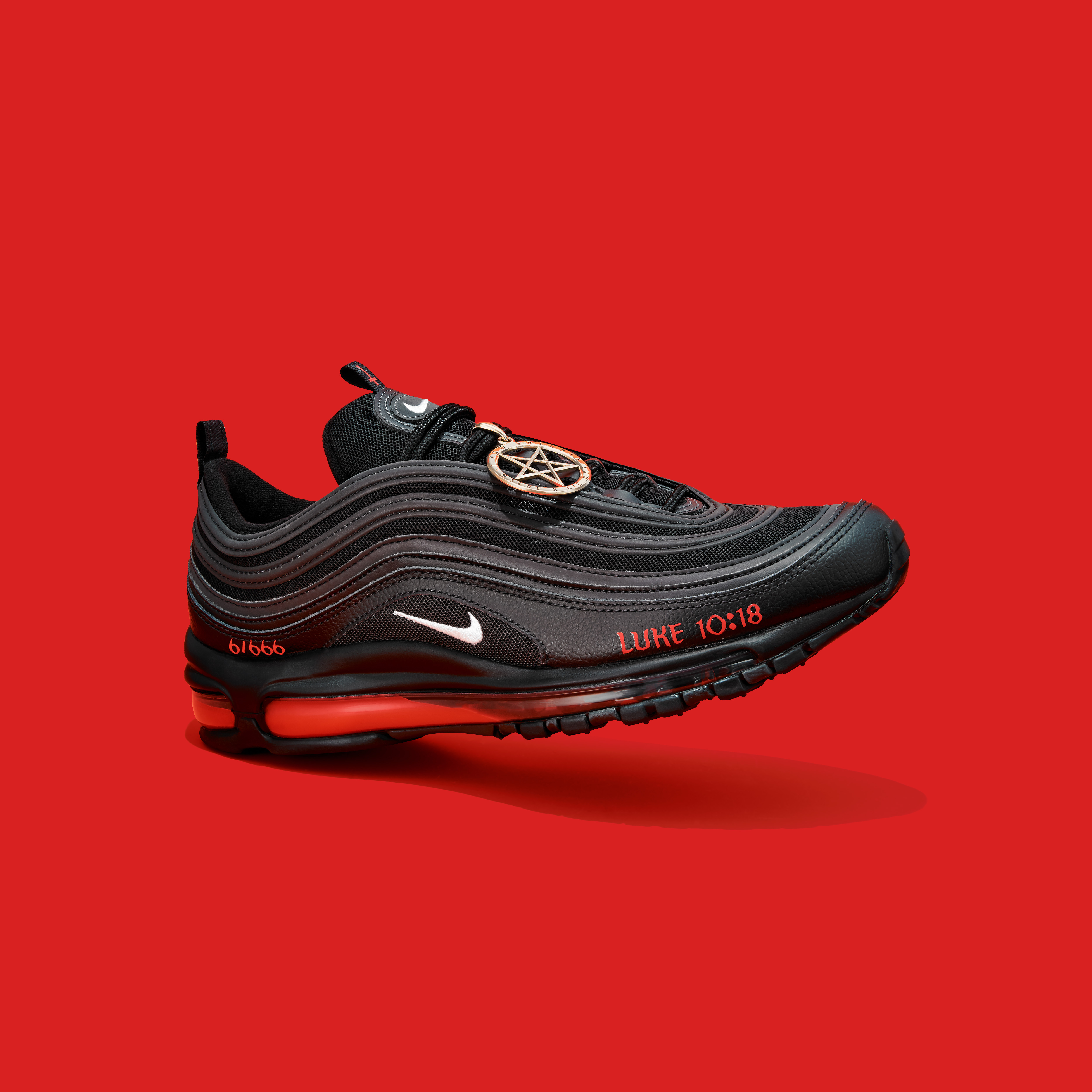 The collaboration comes on the heels of the release of the rapper’s new music video for “Montero (Call Me by Your Name),” which has drawn its own mixed feelings, with some celebrating its message and others denouncing its biblical imagery, including the rapper giving a lap dance to a figure dressed as Satan. In the spoken opening of the music video, Lil Nas X, whose real name is Montero Lamar Hill, says: “In life, we hide the parts of ourselves we don’t want the world to see, we lock them away, we tell them no, we banish them. But here, we don’t. Welcome to Montero.”

Lil Nas X has also poked fun at the backlash against the sneakers, posting a YouTube video on Sunday titled “Lil Nas X Apologizes for Satan Shoe.” The video — which has now amassed nearly 3 million views — however, is not an apology, and cuts to a clip from the controversial music video where he is dancing with Satan.

Despite conflicting feelings about both the music video and the sneakers, many have voiced their support for Lil Nas X speaking out as a gay man and have shown interest in the sneakers.

When cardi said: " these is bloody shoes"
Lil Nas X took it a lil too serious. pic.twitter.com/rmuTU4frJy

Nike, too, has received some backlash for the Satan Shoe, however, the brand was not involved in the collaboration.

“We do not have a relationship with Lil Nas X or MSCHF,” a spokesperson from Nike said. “Nike did not design or release these shoes and we do not endorse them.”

MSCHF responded to Nike’s lawsuit on April 1, stating: “We believe it is better to make art that participates directly in its subject matter. It is stronger to do a thing, than to talk about a thing. MSCHF makes artworks that live directly in the systems they critique, instead of hiding inside white-walled galleries.”

A judge has since granted Nike’s request of a temporary hold on MSCHF’s production and sales of the “Satan Shoe.”

The Biggest Fashion Collaborations of 2020

A Look Back at All of Post Malone’s Crocs Collaborations