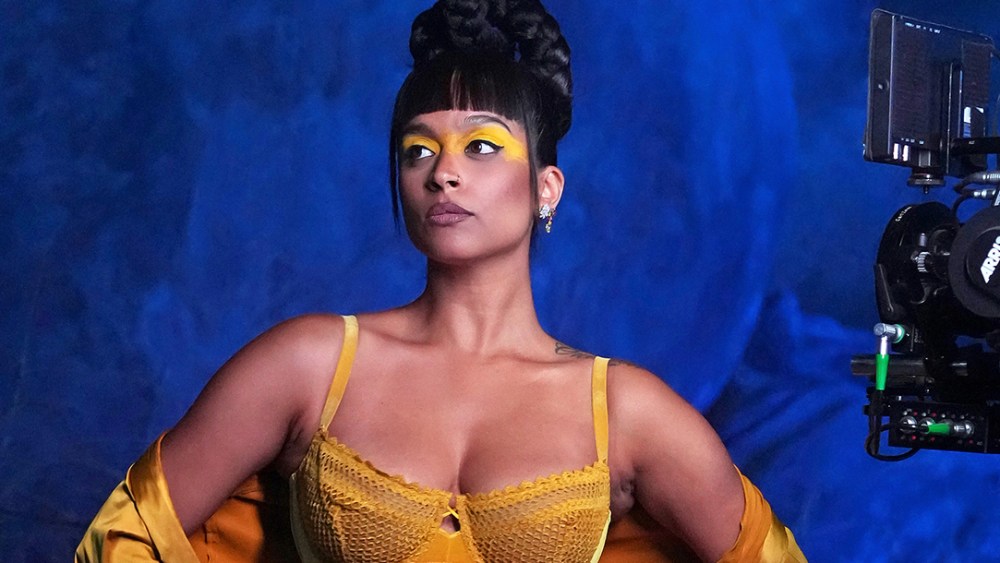 The YouTube star was among the cast of Rihanna’s new Savage x Fenty video project. For her segment, Singh wore a scallop-trim honeycomb bra, orange lounge pants and a matching robe. She accessorized with a pair of gemstone earrings.

For makeup, Singh stayed on par with the other dramatic makeup looks in the campaign. Her entire upper eyelids, the top of her nose and around her eyes were adorned with yellow-orange eye shadow, while her face was contoured with plum blush and she sported a matching lip.

The front of Singh’s hair was done in bangs, while the top of her head was done in a braided bun with one large braid over the center.

Since her talk show, “A Little Late With Lilly Singh,” was canceled last year, Singh has focused on other endeavors. In April, she released her book “Be a Triangle.” Last month, CTV announced she would host its primetime quiz show “Battle of the Generations.”

“Savage x Fenty: Vol. 4” was executive-produced and creative-directed by Rihanna. The project is now available to stream exclusively on Prime Video. This marks the fourth consecutive year of Rihanna’s Savage x Fenty show. The collection is available to shop on the Amazon Fashion Store and savagex.com.