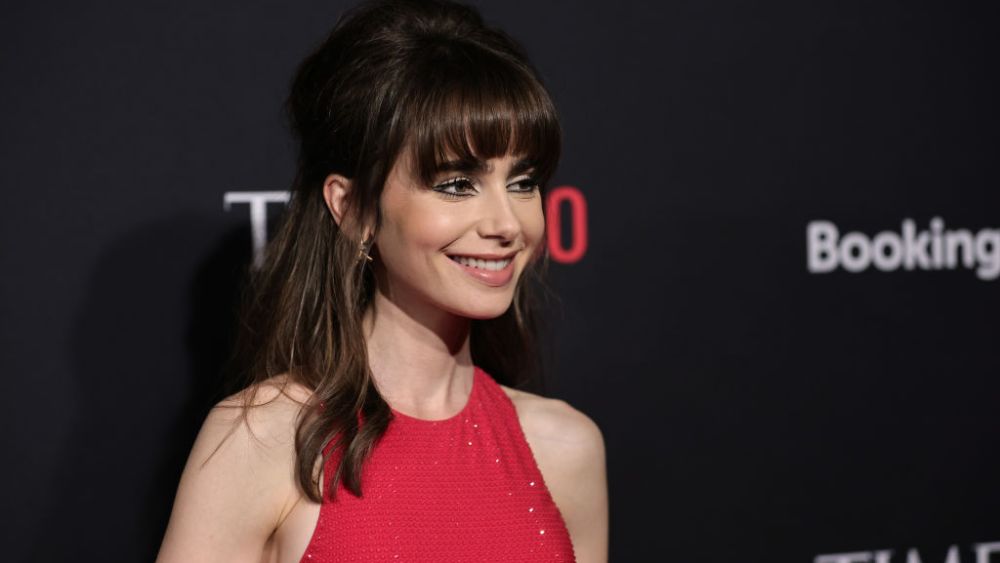 In honor of the annual affair, Collins selected a sleeveless high-neckline column dress with sequins in bright red from Ralph Lauren’s spring 2023 collection. She accessorized with a pair of gold Cartier earrings.

Collins was styled by Rob Zangardi and Mariel Haenn. The duo has a roster of celebrity clients, including Ciara, Jennifer Lopez and Madelaine Petsch.

Collins opted for dramatic eye makeup, including heavy mascara and and a pink lip. For hair, she went for bangs and a bouffant-style half-up-half-down style.

Collins is preparing to promote the third season of her hit Netflix series “Emily in Paris,” where she stars as the series’ title character. The comedy returns on Dec. 21 with Ashley Park, Lucas Bravo, Camille Razat and Philippine Leroy-Beaulieu.

The Time 100 Next Gala celebrates 100 rising stars from industries across the world, ranging from film and music to government officials and CEOs. The list is curated by Time’s journalists, and is inspired by the annual Time 100 list of influential people. Some of this year’s honorees included Machine Gun Kelly, Sydney Sweeney, Keke Palmer, Law Roach and Joel Kim Booster.