Foyle, along with Diane von Furstenberg, will also receive degrees.

Jennifer Foyle leads both the Aerie and American Eagle teams.

Aerie’s Jennifer Foyle is going back to school.

But this time, the intimate brand’s global brand president will be in front of the class.

Foyle will be the commencement keynote speaker at LIM College’s 81st annual graduation ceremony, which is set for Friday, May 8 at Lincoln Center’s David Geffen Hall in Manhattan.

Elizabeth Marcuse, LIM College president, said: “Ms. Foyle has instituted ground-breaking initiatives that have positively impacted the retail industry and empowered Aerie associates and customers. She embodies what we are preparing LIM students to do: create, build or operate businesses that are successful because they understand and connect with their customers.”

Also on hand will be Diane von Furstenberg, founder and chairperson of fashion house DVF, who will receive a doctorate of humane letters.

“As a designer and businesswoman, Diane von Furstenberg has built one of the world’s most highly visible luxury fashion brands and it has flourished for over 46 years,” Marcuse said. “Throughout her iconic career, she has used her resources, leadership and visibility to support women, New York City, the arts, the fashion industry and new immigrants to our country. We are pleased to be able to award her this doctorate in recognition of her generosity and philanthropy.”

Aerie, which is owned by American Eagle Outfitters Inc., was started in 2006. Under Foyle’s leadership, the AerieReal campaign launched eight years later. Aerie was one of the first innerwear brands to feature so-called “real women” modeling bras and underwear — minus any airbrushing.

Since then, the brand has become the second largest e-commerce intimates brand in the U.S., according to the NPD Group. It’s also on track to be a billion-dollar business and has prompted a string of copycat brands to adopt Aerie’s marketing strategy.

“We all are super paranoid every day and humble, because we do know that the competition is getting more and more fierce,” Foyle told WWD. “We have to keep on moving forward. We have to keep on thinking differently and trying new things.”

Marcuse agreed and said Foyle has “done more than virtually anyone else in retail” to change the status quo.

Foyle, who has a bachelor’s of science from Roanoke College in Virginia, will also receive a distinguished achievement award and doctor of commercial science degree from LIM College, a private university located in New York City that focuses on the business of fashion and its related industries. 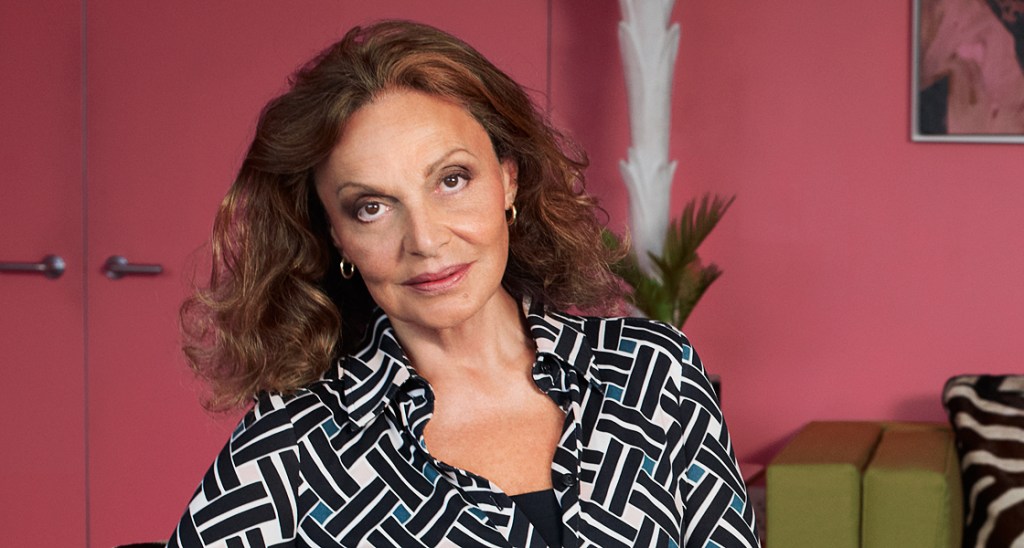 Diane von Furstenberg will receive a doctor of humane letters from LIM this spring.  Courtesy

“Both Jen Foyle and Diane von Furstenberg are true role models for our graduates,” Marcuse said. “They have devoted their careers to supporting, mentoring and advancing women in both the professional and personal spheres. I am confident they will motivate and inspire the next generation of fashion business leaders that make up the LIM College class of 2020.”