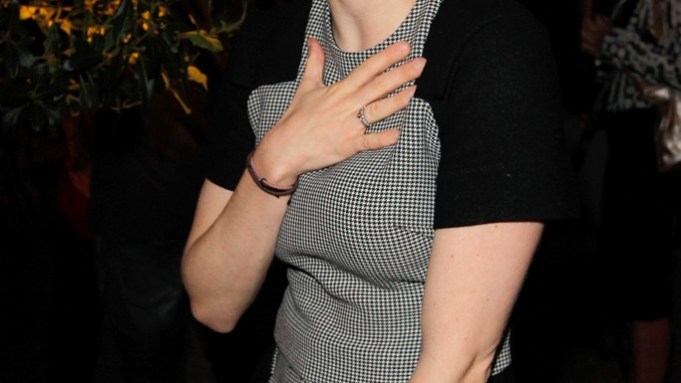 HOLLYWOOD ALLURE: Linda Wells made a stop in L.A. Thursday night to host her first Allure dinner here in two years, for the magazine’s annual “Look Better Naked” issue, shot by Patrick Demarchelier. “Yeah, he knows what he’s doing, all right,” said cover girl Amanda Seyfried of the nude shots. Also in attendance were inside subjects Jennifer Morrison and Naya Rivera, plus Linda Cardellini, Leven Rambin, Shiloh Fernandez and Noah Segan. “I love coming out here, but time always slips away from me in New York to plan the trips,” said Wells, who is spending the weekend spa-ing on the West Coast.

Actress Cardellini knows what it’s like to take a break from Hollywood, having made an indie film (for which she received an Independent Spirit Best Actress nomination) and giving birth to a daughter last year. “When they hear I’ve made an indie, people always go, ‘Oh well, you’ll get something soon,’ like it’s a bad thing. So it’s nice to have a project that people actually want to talk about,” she said of her turn on the season premiere of “Mad Men,” where she appeared as Don Draper’s mistress in the last scene.