The crowd at the Musée d’Art Moderne de la Ville de Paris for a private viewing of the new exhibit included a few friends of the late artist. 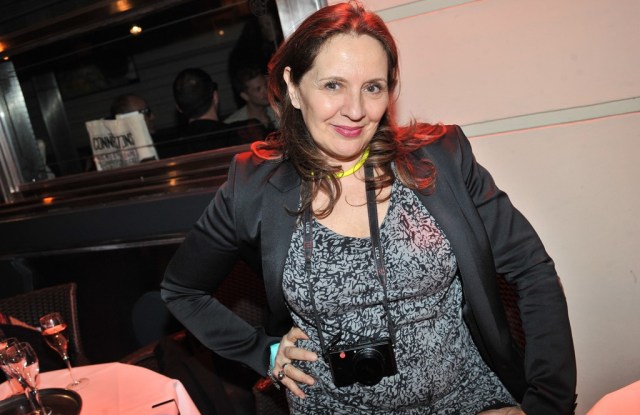 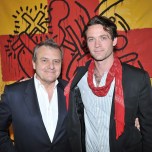 LIVING MEMORY: The crowd milling through the Musée d’Art Moderne de la Ville de Paris for a private viewing on Thursday of the new Keith Haring retrospective “The Political Line” included a few friends of the late artist, who relished seeing so many of his works under one roof. “It’s very moving,” mused Jean-Charles de Castelbajac, who knew Haring in the three years prior to his death in 1990 from complications related to AIDS. “Keith was a shooting star in my life.”

Haring initially contacted Castelbajac looking for one of the designer’s teddy bear coats to give to Madonna for her birthday, and after that they regularly met in Paris. “He was the one who taught me how to make chalk drawings in the street,” said Castelbajac, pulling a piece of white chalk from his pants pocket. (Later that evening, he would use it to draw a portrait of Haring on a wall with the title “French Keith.”)

Castelbajac, who featured art by Haring in his fall 2002 collection, said he owns what he believes to be the artist’s last work, a sketch for the invitation to his fall 1990 fashion show.

“I had asked him to draw the invitation, and he said he wasn’t sure if he would have the time. I was in Tokyo, and on the flight back, I saw that Keith had died. When I got to my office [in Paris], there was a tube package from New York, and inside it was the invitation,” he recalled.

Afterwards, denim brand Citizens of Humanity hosted a dinner for guests including the exhibition’s curator, Odile Burluraux, at chef Michel Rostang’s seafood restaurant Dessirier. Among those enjoying drinks on the sidewalk before dinner was French artist Maripol, whose Polaroids are featured in the retrospective. “We became friends at the Mudd Club,” she recalled, saying Ha ring used to curate art shows at the venue.

Seeing the exhibition was bittersweet. “It’s very modern. It will stay forever and ever, and that was his dream. It’s very sad that he left us so young,” she reflected.