After pedaling 110 miles in one day during last weekend’s Pan-Mass Challenge, Lance Armstrong made his way to Nantucket for a little R&R. 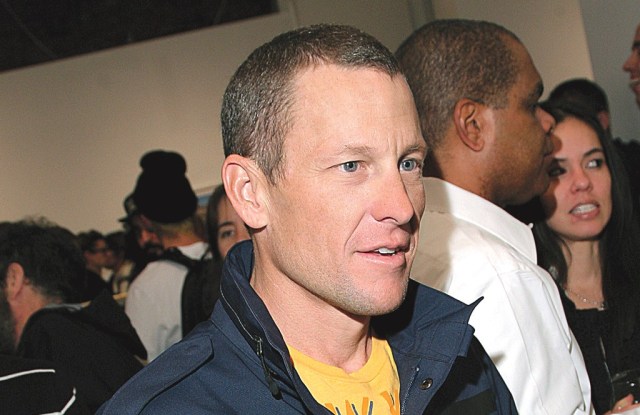 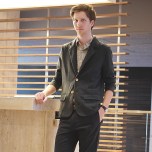 LIVING THE BRAND: After pedaling 110 miles in one day during last weekend’s Pan-Mass Challenge, Lance Armstrong made his way to Nantucket for a little R&R. But Nike’s favorite Tour de France winner hadn’t exactly gone belly-up when spotted chatting with children Wednesday at one of the island’s sleepier beaches. Fresh from a pedal with one of the guys, the soon-to-be 40-year-old wore a white Livestrong bike shirt and black bike shorts. “He wasn’t majorly conspicuous, but he also wasn’t totally inconspicuous,” said one onlooker. “And he was humble.” While his pal lamented the 11-mile post-beach trek that awaited, Armstrong told a fellow Pan-Mass-er that this year’s $34 million cancer-fighting fund-raiser had been his first one. He wasn’t the only politically minded cyclist in the 5,300-person pack — Massachusetts junior state senator Scott Brown and its senior one, John Kerry (who was also unwinding on the island), also went the distance.

This story first appeared in the August 11, 2011 issue of WWD. Subscribe Today.

AMERICAN APPAREL PLUS: American Apparel continues to look for new ways to reinvigorate its stores — and more third-party merchandise may be one answer. Company founder Dov Charney and chief business development officer Marty Staff are scheduled to be in Las Vegas later this month walking trade shows like MAGIC and Project, meeting with brands to potentially sell in its 254 stores, said sources. American Apparel already sells Bass penny loafers and Casio watches and the retailer is especially keen on adding more accessories to the stores, which are heavy on apparel. Accessories account for sales in the low single-digits in the stores, a figure that company executives would like to push up to at least 20 percent. American Apparel is in talks with several sneaker brands regarding potential collaborations, added sources.

PROJECT URBAN: For the first time, Urban Outfitters has teamed up with an art school, Pratt Institute, for the chain’s Designed By: collaboration. Nine students had just six weeks to whip up a jersey dress. Before showing off their finery to buying and design teams in the brand’s Philadelphia head office, each candidate’s work was filmed, from sketches to final fittings. And three winners — Sam O’Brien, Simone Kurland and Kindall Almond — have had their creations produced for the Designed By: Pratt Institute fall line.

BROOKLYN’S FINEST: The design-minded Hotel Williamsburg, Brooklyn’s first full-service boutique hotel, has turned to Brooklyn Industries to suit up its staff. Bellhops, waitresses and front-desk reservationists will wear an assortment of pieces from the local label.

There weren’t even any high-rise buildings when Brooklyn Industries opened its Williamsburg boutique in 2001, said co-founder Lexy Funk. The latest addition to the neighborhood is right up the road and is expected to start welcoming guests to its 64-room hotel at the end of the month. Visitors to either location will be able to buy a signature Brooklyn Industries co-branded T-shirt or nightgown, and other items are in the works. Staff will start out wearing dresses, pants, shorts, blazers and other items in blue or gray, and additional styles will be added two or three times a year.

Graves Hospitality, which has 94 hotels, wanted to get the vibe for its Brooklyn property just right. Next month revelers will have an assortment of bars and restaurants to choose from including a Toby Maloney cocktail lounge and a rooftop bar that will stay open until 4 a.m. Chelsea and Bryant Park will be the locations for Graves’ next hotels. Brooklyn Industries is also on the march, with plans to for another yet-to-be-disclosed store in New York City.