Lizzo made a splash for her appearance on the “Today” show.

On Friday, the Grammy-winning singer performed on the popular talk show’s Citi Concert Series at Rockefeller Center in New York City. She wore a metallic blue outfit that featured chains, cone bra detailing on the bustier and metal studs.

During the show, she later changed into a two-piece royal blue set from her shapewear line, Yitty. She wore a cropped v-neck bralette top and matching biker shorts. Lizzo wore her hair in curls and kept her makeup rather simple with exaggerated blue eyeliner to match her outfit.

She is usually styled by Jason Rembert, who also works with the likes of Mary J. Blige, Issa Rae and Queen Latifah. 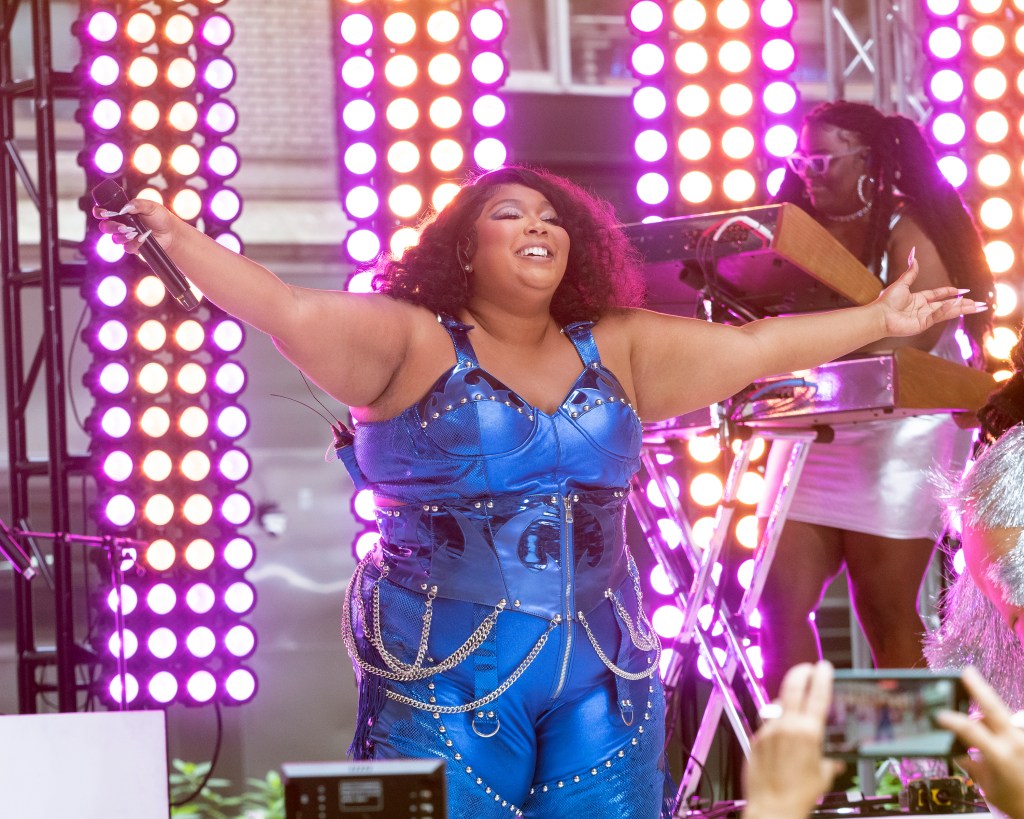 For the segment, Lizzo, born Melissa Jefferson, sang past hit songs such as “Truth Hurts” and “Good as Hell” as well as songs from her new album, “Special,” such as the now-viral “About Damn Time” and “Special.”

During her press tour in New York City so far, the singer has been seen sporting pieces from Yitty.

Lizzo revealed she was releasing the shapewear line in March, posting a number of Instagram photos promoting the launch. According to the singer, the project was five years in the making.

Yitty, created in partnership with its parent company Fabletics, offers sizes from 6X to XS and offers a wide range of bold and bright colors such as yellow, pink, red and purple and neutrals.

“This is a love letter to my big grrrls, and a welcome letter to Every Body. This is *not* an invitation to change who you are…this is an opportunity to BE who you are on your terms,” Lizzo wrote in the captions for one of her Instagram posts. “I don’t know about y’all— but I’m sick of people telling me how I’m supposed to look and feel about my body. I’m tired of discomfort being synonymous with sexy. If it’s uncomfortable TAKE IT OFF. And if it makes you feel good PUT IT ON. @YITTY isn’t just shapewear, it’s your chance to reclaim your body and redefine your beauty standard. I love y’all.”

“Special” marks Lizzo’s fourth studio album. Her last project, “Cuz I Love You,” was released in 2019 and earned a number of accolades, including the Grammy Award for Best Urban Contemporary Album.

The singer was also recently nominated for six Primetime Emmy Awards for her reality competition series “Lizzo’s Watch Out for the Big Grrrls,” including one for Outstanding Competition Program.