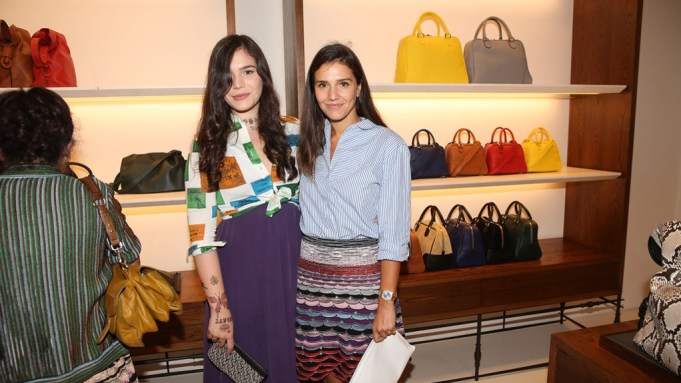 GARDEN VARIETY: “It’s like a weird house,” Jonathan Anderson, Loewe’s creative director, said of the Spanish brand’s new Milan boutique on Via Montenapoleone, site of a cocktail party Wednesday night that spilled over into a courtyard appointed with palm trees.

The London-based designer made several trips to the Italian city to oversee the arty interior concept — travel he couldn’t finagle for the inaugural Casa Loewe concept in Tokyo. “That was all done by Skype,” he said. “I was so afraid I’d get the proportions wrong.”

Later, the crowd repaired across town to an open-air dinner, where giant rugs and a long table were laid out in the center of a vast garden. Raindrops started falling toward the end of the main course, a weather sign guests interpreted as a tribute to the designer’s roots in Northern Ireland.

Once everyone had scurried under a portico, Suzy Menkes shushed everyone to say two words: “Happy Birthday” — which cued a chorus for Anderson, who turned 30 that day.