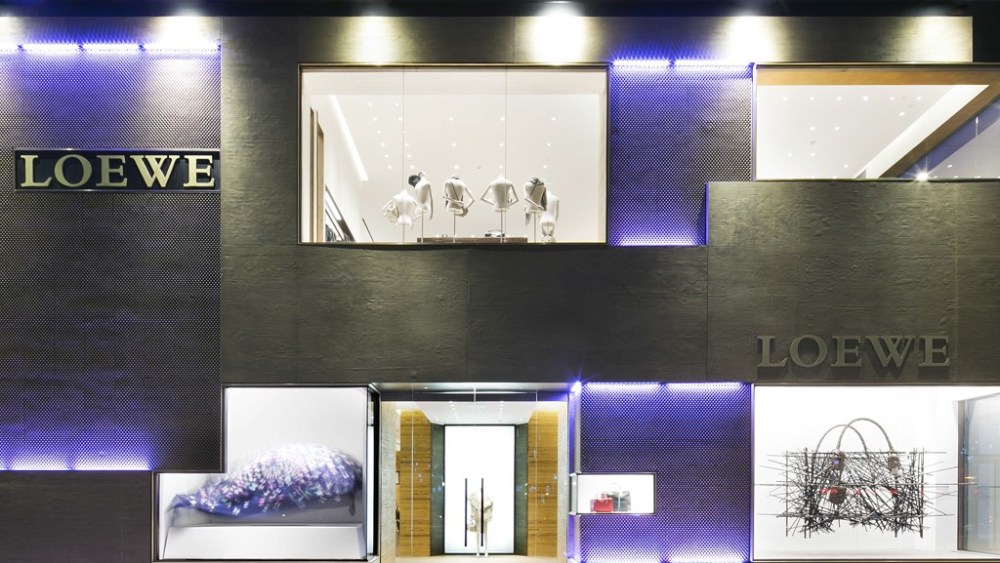 SHANGHAI STATEMENT: Loewe is set to open a 6,673-square-foot store in Shanghai, its largest boutique outside its native Spain.

The new store makes its home in the recently opened Jing An Kerry Centre on Nanjing Road West. The Spanish house, owned by LVMH Moët Hennessy Louis Vuitton, is feting the store with cocktail parties Thursday and Friday.

In line with Loewe’s current retail concept by Peter Marino, the new store features a 31-foot-high facade rendered in bronze panels with a texture resembling macramé. Interior elements include stucco walls, slabs of Madagascar stone and oak floors. A bamboo sculpture of the brand’s signature Amazona bag by Chinese artist Qing Xuan graces one of the store’s windows.

The boutique also features an Amazona Atelier, where customers can custom-order their own versions of the handbag. Meanwhile, two large interactive screens illustrate the brand’s history and products.