Faridha Khelfa and Philippe Starck were among guests attending the event at André Saraiva’s Hôtel Amour in Paris. 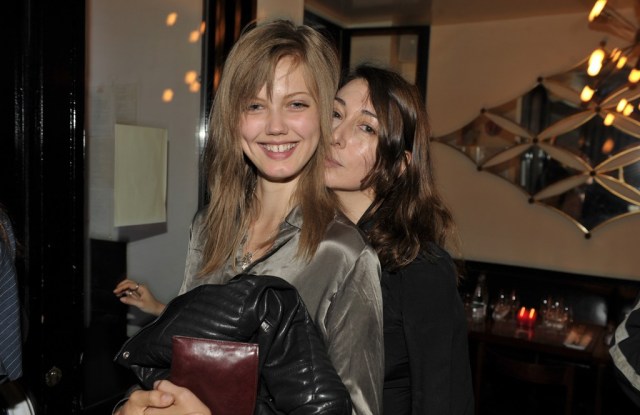 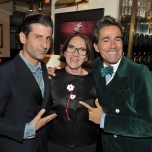 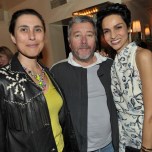 GETTING OFFICIEL: “We are the sous-chefs,” said André Saraiva, creative director of the quarterly men’s fashion magazine L’Officiel Hommes, referring to himself and Vincent Darré, the fashion designer-turned-interiors-maven who was recently tapped to be “curator” of L’Officiel. The two were striking a pose with Marie-José Susskind Jalou, president of L’Officiel’s publisher Editions Jalou, during a dinner hosted by Saraiva Thursday night at his Hôtel Amour in Paris.

Rumor has it Khelfa is fronting L’Officiel’s October issue, the first to be designed by Darré. A series of illustrations inside features Parisian muses who were asked what they would wear if they were a man.

Posed the question at the party, Khelfa responded: “Easy. I have already worn all kinds of men’s wear, including briefs and ties.”

Saraiva said he is off to Los Angeles next week to photograph actor Will Farrell for L’Officiel Hommes’ fall issue.

Darré and Saraiva have more in common than their collaboration with Editions Jalou. The pals are designing l’Hôtel Fidèle, which is set to open on Paris’ Rue de la Fidelité by yearend.