L’Officine Universelle Buly and the Louvre Team Up

Their collaboration channels some of the museum’s most iconic works into perfumes.

SCENT-SATIONAL ART: If the “Venus de Milo,” “Winged Victory of Samothrace” and “Grand Odalisque” artworks were each a fragrance, how would they smell? Maybe with notes of citronella and neroli, myrrh and bergamot, incense and pink pepper, respectively.

That’s according to the exercise undertaken by Victoire de Taillac and Ramdane Touhami with the Louvre museum for their joint project, titled “L’Officine Universelle Buly au Musée du Louvre.”

“I long dreamt that perfumers interpret artists’ great works,” Touhami said. “There’s always just been a visual interaction. Why not an olfactive one, too?”

The Louvre was keen on the idea, so he and de Taillac signed on eight perfumers. Each rambled around the Louvre when it was empty in order to choose the artwork they’d channel into a scent.

“They were 100 percent free,” said Touhami, referring to both their picks and budgets, adding with a laugh: “Except the ‘Mona Lisa.’ If not, they’d all start with [that].”

The perfumers and ouevres involved were:

Each artwork has its own corresponding line of fragranced items, which can include the likes of a water-based perfume, a candle, a diffuser and soap sheets. 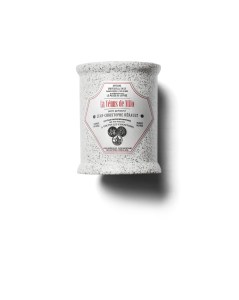 Altogether, there are about 50 units in the collection that will be housed in the 330-square-foot shop with a 26-foot ceiling that’s due to open Wednesday. It’s accessible after passing through the museum’s security check.

“We recreated a tourist shop from the 19th century,” Touhami said. To wit: There will be scented postcards sold there, as well. 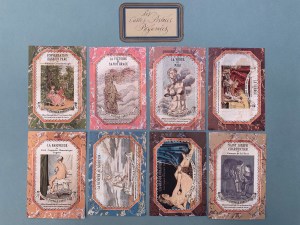 The Louvre undertakes a special project, such as the Buly tie-in, annually.  The scents will be exclusively sold there first, then beginning this fall are to be carried in Buly boutiques and some department stores worldwide, including Le Bon Marché.