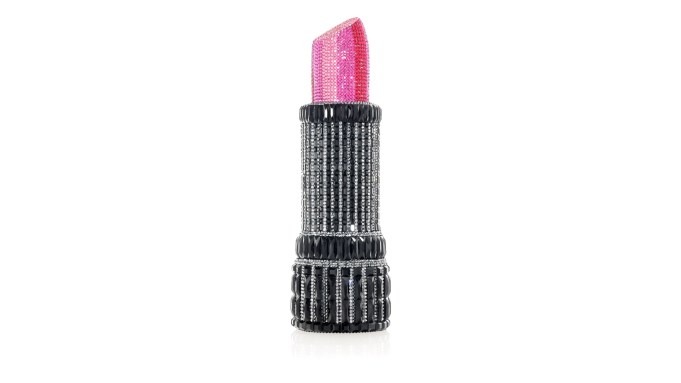 SPECIAL ORDER: Lola Rykiel will unofficially close Paris Couture Week on Thursday with a capsule line that she described as “my dream collection.”

The designer plans to stage a presentation for her Pompom label at the Café de Flore, where growing up she had lunch almost daily with her grandmother Sonia Rykiel and mother Nathalie Rykiel.

In addition to her signature rhinestone-encrusted athleisure wear, she will show a bomber jacket that pays tribute to the legendary French café, and two handbags designed in partnership with U.S. brand Judith Leiber. Rykiel, who used to head U.S. communications for the Sonia Rykiel brand, said she wanted to create a bridge between Paris and New York City.

“The starting point was really to think about Saint-Germain-des-Prés, which is the place where I grew up, where I have all my beautiful childhood memories, being in the studio and being with my grandmother,” she said. “The Flore, for me, it’s everything.”

Describing the project as a tribute, rather than an official collaboration, Rykiel said she would produce 10 numbered satin bomber jackets with the Café de Flore name spelled out in rhinestones on the back. Six will be black, and four pale pink, priced at $1,010.

In a humorous nod to French brasserie staples, the slogans on her signature rhinestone T-shirts this season read “Jambon-Beurre,” local shorthand for a ham sandwich, “Croque-Monsieur,” “Supplément Chantilly,” for a side order of whipped cream, and “Tarte Tatin.”

Meanwhile, Leiber will produce its Lipstick minaudière and Nail Polish pillbox in exclusive colorways for Pompom. Made to order, they cost $5,495 and $995, respectively. Rykiel remembers discovering the brand during shopping trips to Bergdorf Goodman.

“I was just completely mesmerized by the beauty and the craziness and the intense glamour of getting something that is not very practical, but so gorgeous,” she recalled. “I would rather have a Judith Leiber than a Birkin because for me, it’s fun, it’s dramatic, it’s crazy. It’s just completely not essential and it just makes me dream.”

Pompom has one store in Paris, in addition to a pop-up at the Rosewood Le Guanahani in St. Barths, which has been extended until Aug. 22. Rykiel hopes to open additional temporary stores with the luxury hotel and resort company in future, and is also looking to distribute the label via department stores.