Sotheby's Geneva is to sell a selection of Bulgari jewels owned by the Italian actress. 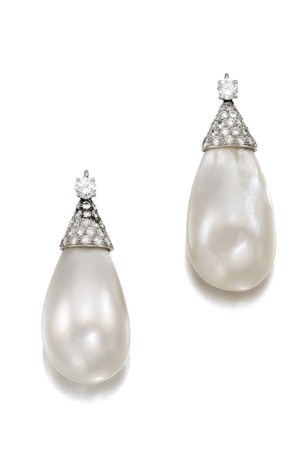 GINA’S GEMS: A selection of Bulgari jewels belonging to the Italian actress Gina Lollobrigida will go under the hammer at Sotheby’s Geneva in May, the auction house said.

Part of the proceeds from the sale on May 14 will benefit stem cell research, and key pieces from the collection will travel to London, New York, and Rome before returning for exhibition in Geneva in advance of the sale.

“I have been lucky enough to be given many roles in life — as an actor, a mother, a photojournalist, an ambassador for FAO, [the United Nations’ Food and Agriculture Organization, based in Rome] and as an artist,” Lollobrigida said in a statement. “I began collecting jewels from Bulgari in the 1950s and 1960s…they accompanied me on many journeys — both professional and personal — and are redolent of those times and the extraordinary people I met along the way.”

The 85-year-old Lollobrigida, who starred alongside leading men including Frank Sinatra, Rock Hudson, and Bob Hope, added that she was now focused on a career as a sculptor.

“A sculptor has little need for jewels, and so I have decided the time is right to share them with other collectors,” she said. “In so doing, I can also help a cause very close to my heart, that of stem cell research — treatment, which I believe should be freely available to every child.”