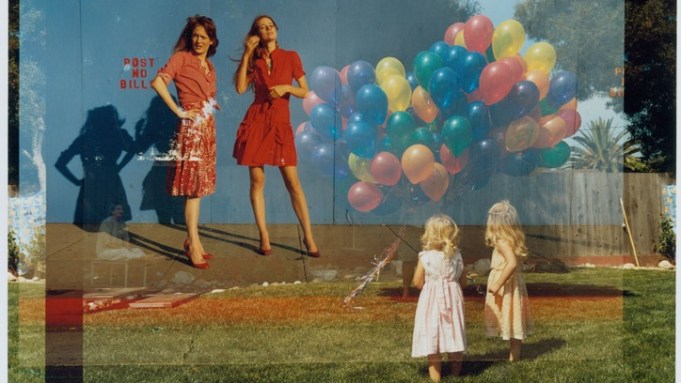 “That’s me over there, in the nappy,” said Gary Hume pointing to a photo of a masked, chubby toddler whose diaper is peeking from under her dress.

“Explosure” features Gearon’s experiments with double-exposure: Two photos fuse seamlessly to become one.    “She brings out all of the in-between spaces, and I think that’s where we all are right now,” said her pal Quinn, referring to the eerie images of naked adults and children and frolicking bears. Soros admitted he’s a longtime fan of the wacky, high-energy photographer.