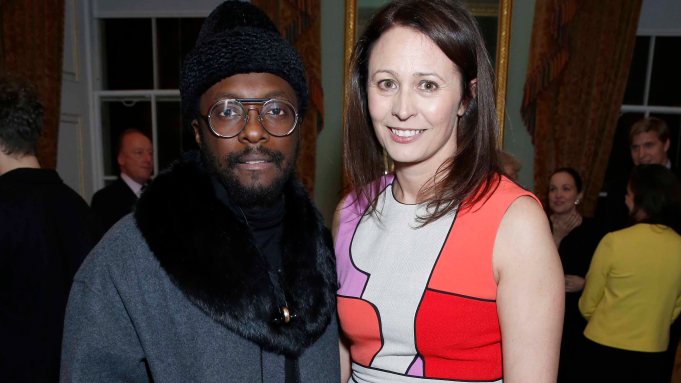 HISTORY BOYS: Back-slapping, man-hugging and gentle needling among designers, actors and Hollywood style setters: The opening of London Collections: Men had the feel of a collegiate reunion rather than of a highfalutin fashion event.

Noah Huntley and Luke Evans, who appeared together in “Dracula Untold” in 2014, shared a man hug at the party before talking about their respective projects in New York, where both have been making movies.

Huntley just wrapped “Middleground,” which he described as an “existential” tale in which he plays a character named Man. “It’s kind of a metaphor for all men — you know, like fashion week,” he said, flashing a big smile.

Evans, his muscular frame packed into a denim blue Turnbull & Asser three-piece suit, is filming “The Girl on the Train.” His character has a more familiar moniker. “I’m Scott. I’m the boyfriend of the girl that gets murdered,” he said, hastening to add, “and that’s not a spoiler.”

Across the party, GQ editor and LC:M chair Dylan Jones was teasing Hollywood’s go-to style consultant Andrew Weitz. “You’re dressed down this evening, Andrew,” he noted, eyeing Weitz’s choice of a ribbed knit. Most other guests had sprung for collars and ties.

“I landed from L.A. three hours ago; I got dressed. And, anyway, it’s expensive,” Weitz shot back.

Weitz, a former agent for WME-IMG, told WWD he’d watched the “Entourage” film on his first-class flight to London, in between watching film screeners ahead of the Oscar nominations.

“It’s unbelievable that — of all people — I hadn’t seen it,” he said. “I mean, friends of mine are in the movie; Ari Gold is a friend — I was supposed to go to the premiere. But I watched it on a plane.”