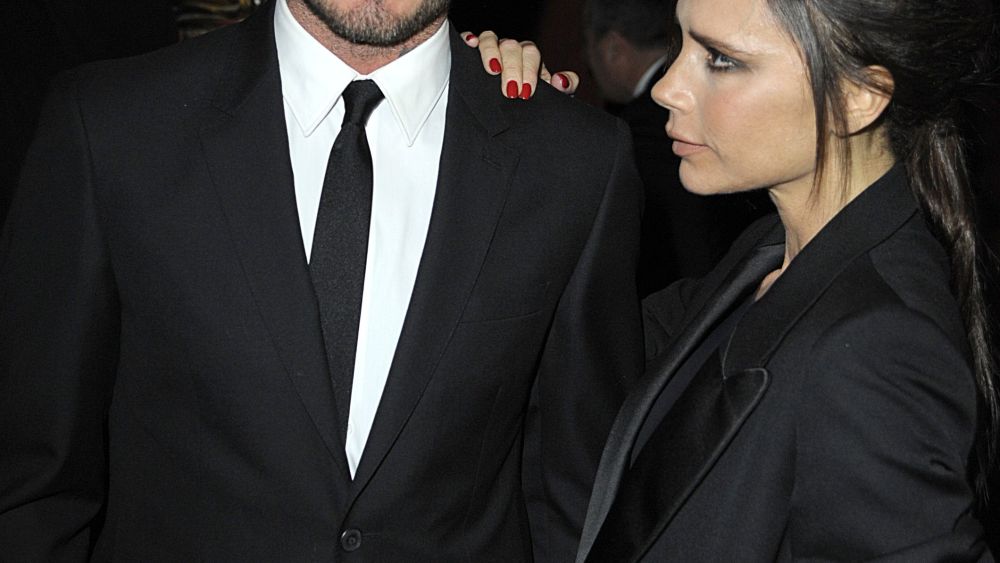 HIS AND HERS: “Daniel’s been pushing these pleated trousers on me,” said David Beckham, referring to the creative director of Kent & Curwen. “They’re very bold for me, and it took a while — but they feel great.”

Beckham paired the sleek and dark trousers, made from British wool, with an army green great coat based on an original World War One model worn by the British Army.

Both were on display Sunday as part of the brand’s fall presentation at OXO Tower Wharf during London Fashion Week Men’s.

Although it has no plans to launch a women’s line, the brand has at least one female fan in Beckham’s designing wife, Victoria.

“I’m really proud, and impressed,” said Beckham, whose eponymous fashion brand is also in growth mode. “It’s grown and evolved very, very quickly. Daniel has even made me a version of the pleat-front pants,” she said, pointing to her husband’s pair, “and a few shirts, too.”

Beckham’s company, Seven Global, has a business partnership with the Trinity Group-owned Kent & Curwen, and he and Kearns unveiled the brand’s first full collection in a rough-edged building on a former Thames loading dock.

A capsule collection launched last year, and was sold exclusively on Mr Porter, and the brand now plans to roll out to stores including Selfridges and Brown Thomas in Ireland.

Kent & Curwen will travel to Milan later this month with an eye to selling the collection Europe-wide, while a standalone store is set to open in Covent Garden in September, with a flagship — and other units — to follow, the next one most likely in east London.