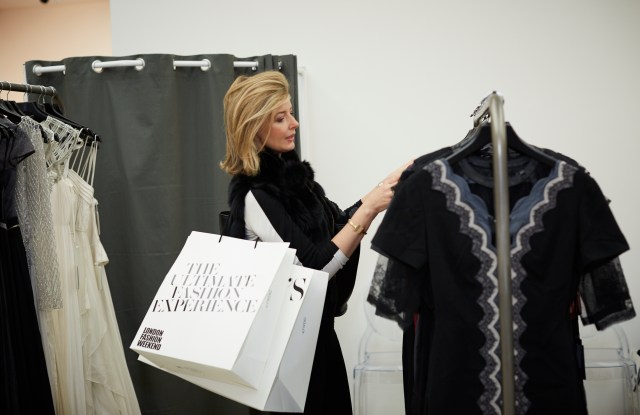 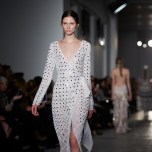 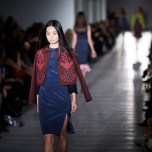 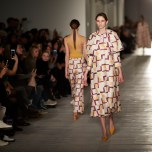 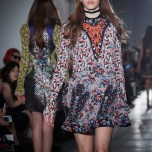 Caroline Rush, chief executive officer of the BFC, said that number was greater than last season and the plan going forward is to “further amplify” the brands’ activities

This story first appeared in the March 4, 2016 issue of WWD. Subscribe Today.

“Through screenings, talks, live-streaming, content distribution and screens throughout the U.K., we have numerous direct-to-consumer channels in place that enable us to reach both trade and consumer audiences,” she said.

Rush added that consumers also wanted to spend more time at the event, which wrapped on Sunday at the Saatchi Gallery in Chelsea.

Rush described the audience as “good, with money to spend” and noted “consumers would like more space for food, drink and dwell time, but are confined by the space.”

Fulton, who staged a runway show of spring 2016 looks, said taking part was worthwhile. “As a designer, firsthand consumer reaction is one of the most important tools you have to utilize, the opportunity to show allowed us to access a new strata of consumer that we do not always get access to via our LFW shows.”

Alice Temperley said the event offered the “perfect opportunity” to experiment with new ways of engaging her customer base.

“We reshowed our summer 2016 collection and were able to gauge the audience’s reaction, which is a very powerful tool when establishing consumer preferences. Most importantly, those watching could go and purchase every item straight from the stores. A total switch to this model is a more complicated animal, but I absolutely agree with the need for more customer facing events as well a shift in thinking with regards to the traditional catwalk concept,” she added.

The event drew in an eclectic crowd, and the weekend was the buzziest time.

“Today has been crazy,” said Paolo Dal Lago, a director of One and Only Designer Sale, which hosts pop up events with discounted merchandise from previous seasons, up to 80 percent off the retail price. He said Vivienne Westwood clothing and Giorgio Armani accessories had been particularly popular.

Shopper Sarah Rikabi said Sunday was crowded, and described the event as similar to “Boxing Day, a very consumer event.”

She said she took advantage of all the discounts downstairs on the clothing, “and I’ve bought some lovely shoes from a new designer I’ve never heard of, Lucy Choi.”