Londoners Take to the Polls in Mayoral Election

By Samantha Conti on May 5, 2016
View Slideshow 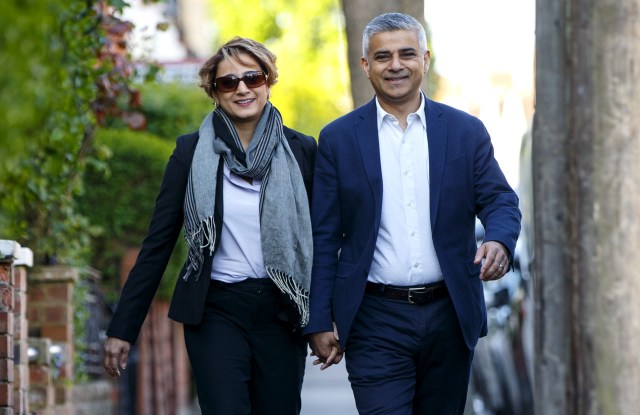 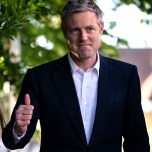 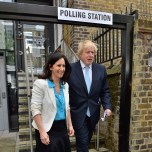 POLAR OPPOSITES: Londoners go to the polls today to elect a new mayor to replace Boris Johnson, who has his eye on the British prime minister’s seat, and the two main candidates could not be more different.

In one corner is Zac Goldsmith, of the Conservative Party. An author, editor and environmental campaigner, Zac is the multimillionaire son of Lady Annabel Goldsmith — the exclusive London nightclub Annabel’s is named after her — and the late Sir James Goldsmith, the billionaire tycoon and politician. Zac Goldsmith is married to Alice Rothschild, and his siblings include Jemima and Ben Goldsmith, and Robin and India Jane Birley.

Goldsmith, 41, is a member of parliament for Richmond Park, in the borough of London.

In the other corner is the Labour Party candidate and front-runner Sadiq Khan, 45, the son of Pakistani immigrants who grew up in public housing and whose father was a bus driver. If he wins, he’ll be London’s first Muslim mayor.

Khan is a human rights lawyer and has been a member of parliament for the London borough of Tooting since 2005. He was also a government minister under former Prime Minister Gordon Brown.

The Back Zac campaign is promising more jobs for Londoners, safer streets, cleaner air and solution to the high cost of buying a home in the British capital.

“Too many Londoners are yet to feel the benefits of London’s (financial, business, cultural) success,” he says in his manifesto. “London’s rapid growth is putting huge pressure on our housing market, transport infrastructure, living environment and our quality of life. So I am taking a stand.”

Khan is also taking a strong position on London’s expensive real estate, which has spiraled out of control over the past decades as floods of wealthy foreigners — many of them financial sector workers — have poured into the city, snapping up family homes in prime neighborhoods.

“We are in competition, not just with New York, Paris, L.A. and Tokyo, but with rising powerhouse city economies such as Beijing, Shanghai, São Paulo, Mumbai, Mexico City and Moscow,” says Khan in his manifesto.

“We cannot afford to price ordinary, working Londoners out of our city. If we shut down opportunity, London will become closed to the young, to the entrepreneurs, and to the hard-working people who make our economy and communities tick.”

He said his mission is to “restore opportunity,” and advance London’s competitiveness and its status as “a world-leading city for business, creativity and fairness.” He’s also vowed to tackle the spread of extremism and focus on neighborhood policing.

The election comes just seven weeks before the big Brexit vote, where U.K. citizens will be asked a once-in-a-generation question of whether they want to remain part of the European Union.

Johnson, London’s Conservative mayor, is fighting firmly for the “out” team, and is hoping the move will boost his ongoing quest to become Britain’s next prime minister.