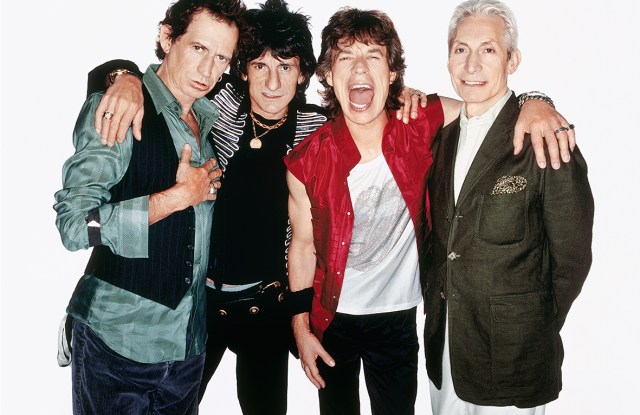 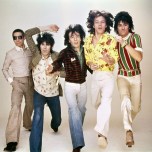 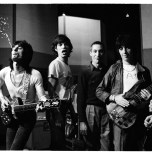 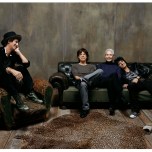 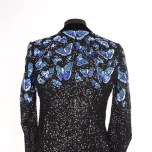 FULL SWING: London is reliving its Sixties glory days with two exhibitions in the British capital that embrace the era, “Exhibitionism,” at the Saatchi Gallery in Chelsea, and “Moses, Mods and Mr. Fish: The Menswear Revolution,” at the Jewish Museum.

“Exhibitionism,” which opens Wednesday, is the first major exhibition dedicated to The Rolling Stones, and showcases how the never-say-die band transformed itself from a small blues operation in the early Sixties into a cultural phenomenon.

The show at the Jewish Museum opened last Thursday and runs until June 19. While the two events were never meant to coincide, “Exhibitionism” has a lot in common with “Moses, Mods and Mr. Fish.”

The latter looks at how men’s wear has evolved from the 19th century to modern-day high street, with a big emphasis on Sixties fashion. It features a clip of Mick Jagger performing in a tunic made by high-end tailor Mr. Fish.

“It was such an important time post-war. In the past there was no such thing as the teenager, and all of a sudden you saw young men exploring fashion and creating their own style,” said the show’s curator Elizabeth Selby.

Selby said one of the Moss Bros military jackets that she wanted to include in the Jewish Museum’s show was already taken by the Saatchi Gallery.

“The jacket was worn by Mick Jagger to perform ‘Ready, Steady, Go’ and it ignited the military trend at the time,” she said. “That’s how we found out about the Rolling Stones exhibition and it will be interesting to see if people will visit both.”

“Exhibitionism” runs until July and is set to tour 11 other cities over a four-year period.

Spanning 5,740 square feet across two floors and nine themed rooms at the Saatchi Gallery, the show is an interactive tour that looks at how the Rolling Stones changed the way the public perceives rock ’n’ roll, as well as at the ways they impacted popular culture.

The gallery’s first room features maps of the world that light up to indicate countries visited by the band, albums sold annually, and concert attendance. A three-minute film projected on 40 screens channels the band’s 50-year history, from their earlier years to the drug-busts and concerts attended by millions.

More than 500 unseen artifacts from the band’s personal archives are also on display, as well as stage designs, costumes, personal diaries, rare guitars and backstage paraphernalia that tell the band’s story. The band members all took part in curating the show.

“While this is about The Rolling Stones, it’s not necessarily only just about the members of the band. It’s also about all the paraphernalia and technology associated with a group like us, as well as the instruments that have passed through our hands over the years,” said Keith Richards.

Other highlights include collaborations with the likes of Andy Warhol, Alexander McQueen and David Bailey, as well as a tribute to Jagger’s girlfriend, L’Wren Scott, who died in 2014 and who had designed wardrobes for his more recent tours.

“It’s hard to believe that it’s more than 50 years since we began and it’s wonderful to look back to the start of our careers and bring everything up to date at this exhibition,” said Charlie Watts.

Ronnie Wood described the fashion scene on King’s Road in the early Sixties.

“The scene was great down the King’s Road in the Sixties. That was where you went to hang out to watch the fashions go by. So it is appropriate that our ‘Exhibitionism’ will be housed at the Saatchi Gallery,” he said.

In the May issue of British Vogue, Kate Moss pays tribute both to Jagger and to the upcoming exhibition with a self-styled cover shoot, her 37th for the magazine.

The model sports a T-shirt with the Rolling Stones’ famous lips-and-tongue logo on the cover. Inside she’s photographed wearing Jagger’s Britannia cape featuring the Union Jack. The cape is now on display at the Saatchi gallery.

The Jewish Museum show is less glamorous, and more about the clothes, and the retail entrepreneurs who sold them.

“It’s quite unusual for a museum to look at men’s wear, but the recent expansions in the men’s wear market made the topic particularly relevant and have given rise to a lot of academic interest too,” said Selby.

The exhibition focuses on the high street, which was driven by a number of Jewish retailers, including Moss Bros, Burton, Hyam & Co and Cecil Gee.

“The story of high street is not told as much and it’s a difficult story to tell because a lot of the clothes haven’t survived,” said Selby. “It highlights how Jewish companies were able to adapt during the Industrial Revolution and how they aided the democratization of fashion: Working class people were able to buy new clothes for the first time.”

Items on display at the Jewish Museum have been loaned from institutions such as the Victoria and Albert museum, the British Library and the Museum of London, as well as from private individuals.

Selby said a Burton suit from 1936 loaned by Leeds Museum and Galleries is among her personal favorites, as is a narrow-cut jacket from the Sixties by Lord John. “The colorful floral pattern on the jacket is so different, it really demonstrates the influence of music on fashion,” Selby added.