Museum will explore the history of underwear design for its new show in April 2016. 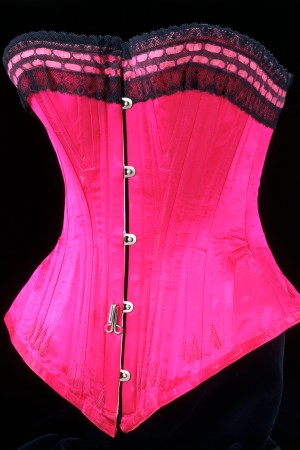 UNDERSTANDING UNDERWEAR: London’s Victoria and Albert Museum has revealed plans to launch a new exhibition, “Undressed: A Brief History of Underwear,” set to open in April 2016 and to run until March 2017, with sponsorships from Agent Provocateur and Revlon.

Curated by Edwina Ehrman, the exhibition will showcase more than 200 examples of underwear for men and women, tracing the history of underwear design from the 18th century to the present. With various items on display, ranging from a pair of long cotton pants worn by Queen Victoria’s mother to a Sixties Mary Quant body stocking, and a pair of gender-neutral briefs by Acne Studios, the show aims to explore the enduring themes of innovation and luxury, as well as notions of gender and sex.

“Starting the exhibition with a selection of our best men’s and women’s underwear from the 1700s, enables us to offer visitors a much more comprehensive and I hope illuminating introduction to the history of underwear,” said Ehrman.

Corsetry will be another area of focus. By juxtaposing past and present and displaying a restrictive 1890s whalebone and cotton corset alongside modern-day waist-training corsets — famously endorsed by Kim Kardashian — the museum aims to fuel the ongoing debate about body image.

In addition, the show will assess the types of fabrics and craftsmanship used to produce underwear and lingerie, looking at everything from intricate Thirties silk chiffon briefs decorated with lace to Schiaparelli’s nylon hosiery from the Fifties.

“The exhibition’s contents also reflect the current trend for loungewear and recent interest in lingerie dresses,” said Ehrman, who has dedicated a section of the exhibition to the trend. Items on display, including 1840s men’s dressing gowns, Thirties chemise dresses and caftans from the Seventies, aim to examine the evolution of undergarments into loungewear.

A series of garments taken from international designers’ past runway collections will explore the ways designers have often blurred the lines between underwear and outerwear, public and private. Highlights include a spring/summer 1996 muslin dress worn with lace briefs, designed by John Galliano for Givenchy couture, a delicate lace dress by Jean Paul Gaultier from 1989, and a pair of flesh-colored leggings embellished with mirrored glass by Vivienne Westwood.