ALL ABOUT AZZEDINE: London’s newly opened Design Museum in Holland Park will look back on the life and work of Azzedine Alaïa in a show that the designer had helped to curate before he died of heart failure last month.

The retrospective, which Alaïa had worked on with Mark Wilson, chief curator of the Groninger Museum, will look at the impact his work has had worldwide. Alice Black, the co-director of the Design Museum, told WWD that the venture “was a meeting of minds.”

“I approached Azzedine Alaïa through a common contact, but unbeknownst to me Azzedine had come to the museum and loved the space, before we had even spoken. When I got in touch, he immediately invited me over to discuss the possibility of a show,” she added.

“We felt an Alaïa exhibition would be the most amazing first fashion exhibition for the new Design Museum. His unmatched mastery in creating and making, his freedom of being who he wanted to be, his independence of thinking, resonated so well with the ethos of the museum.”

The show, “Azzedine Alaïa: The Couturier,” will run from May 10 to Oct. 7 and feature specially commissioned pieces of design and sculpture by Konstantin Grcic, Marc Newson and Kris Ruhs, with whom Alaïa collaborated in 2015. The 2015 show at the designer’s Paris gallery called “The Hanging Garden” featured an installation of 45,000 shapes. The Tunisian-born couturier was an avid design and art collector, turning his Jean Prouvé gas station into a bedroom for himself.

Alaïa is recognized for his ability to drape and sculpt on the human frame with different materials, using innovative cuts, fits and tailoring methods. In July, he returned to the couture calendar after a six-year hiatus and was ready to open a long-awaited London flagship early next year.

Alaïa was celebrated by fashion designers new and old in the industry. Rei Kawakubo of Comme des Garçons described Alaïa as a designer who “worked with his heart and soul.”

Last week at the Fashion Awards in London, Alaïa was top of mind, with lineup of models-turned-muses such as Naomi Campbell, Stephanie Seymour, Ferida Khelfa and more taking the stage to talk about the late designer’s generosity, creativity and individuality. 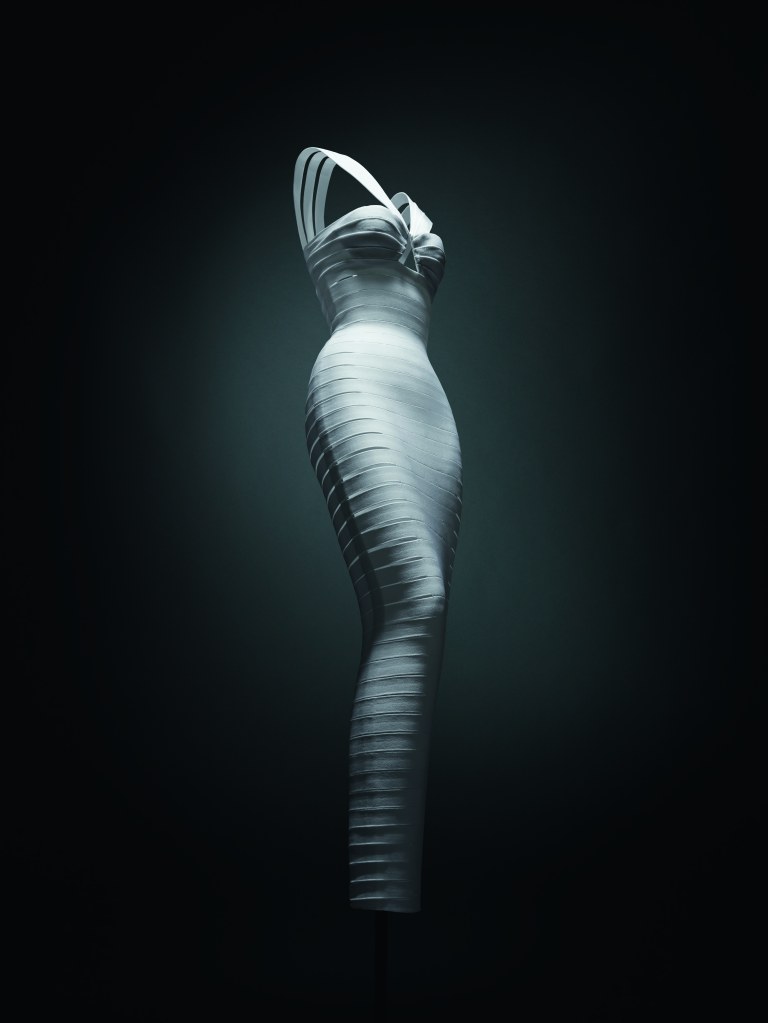