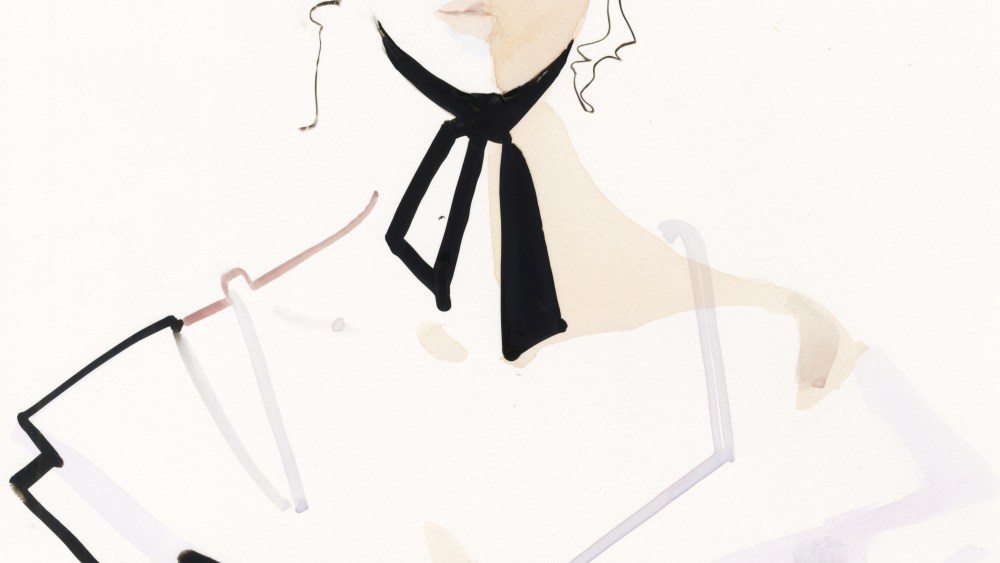 COLOR COUTURE: “Fashion illustrations have always been almost like a secret beauty that has been sleeping for a number of decades,” said the British illustrator David Downton at The Fashion Illustration Gallery’s second annual art fair in London.

Downton, who is also artist-in-residence at Claridges, joined artists including Gill Button, Tanya Ling and Blair Breitenstein, whose work is on show at the three-day fair held at The Shop at Bluebird in Chelsea.

Works by 30 artists are on display, and prices range from 150 pounds for a small print by Sunflowerman to 25,000 pounds for an original Andy Warhol print. The event is being held in association with Yu Capital and Fashion Illustration Gallery founder William Ling.

“There is something for every eye and every taste. There are nice established talents and new talents. What it does is to create more and more and more buzz. I have probably been doing interviews for five years about the revival of interest in fashion illustration. But, now, I say what revival? It is really here and I’m thrilled.”

Downton has displayed a mixture of his older works with new pieces including colorful illustrative couture looks from Schiaparelli and Alexis Mabille alongside commissioned drawings.

Downton is also at work on a book based on 21 years of drawing couture. “There are other illustrators who have more longevity than me,” Downton said.

“But, I don’t think there is anyone who has been to the couture shows every summer and winter. So that is 42 seasons. It will be the 42nd in July, and I’ve never missed one. I saw every John Galliano couture show. I saw the first McQueen and the last Lacroix. You know, couture is the magic show. It’s been an extraordinary time.”

Downton is also making his first foray into e-commerce and plans to launch an online shop this fall that will carry items such as postcards, prints and his book.

Button called the show a “fresh and unique approach” for presenting fashion illustrations. “This is a new series of work,” said Button of her artwork, which shows portraits of faces. “I haven’t actually worked in color before. I worked in color with oil pant and used monochromatic ink. This was a new approach for me with watercolors, so it’s a similar technique with the ink by introducing color.”

“Traditionally, fashion illustration is saved for magazines and online,” Breitenstein said. “So to see it in person is really important and cool to see it up close — all the artists and styles are different.”