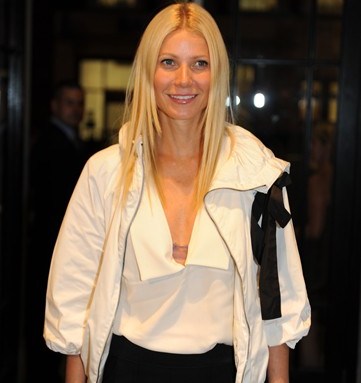 LONDON’S LATE-NIGHT LOVE AFFAIR: “Shopping is not relaxing,” said Christopher Bailey who was busy charming the crowds at Burberry’s Bond Street store during Fashion’s Night Out in London on Wednesday. “I tend to get everything in one go — or shop online.” When he wasn’t chatting to customers or posing for photographs with fans, Bailey was getting an earful of the evening’s live entertainment. The band One Night Only made a grand entrance at the Burberry flagship by playing and singing their way down Bond Street and all the way up the stairs to a small stage on the first floor.

Gap, meanwhile, tapped the Grammy-nominated American crooner Janelle Monae to appear at its Oxford Street flagship. Monae will also take part in New York’s Fashion’s Night Out on Friday when she’ll make an appearance at the Ralph Lauren store in SoHo.

Gwyneth Paltrow made a brief appearance at Stella McCartney’s store on Bruton Street to support the charity Kids’ Company, founded and run by Camila Batmanghelidjh. She later admitted she didn’t have shopping on the brain. “I have to go home and rest — I’m going to California in the morning,” she said. A few doors away, Matthew Williamson was manning the entrance to his shop. “It’s been a really good night,” he said in between greeting customers and autographing their shopping bags.

Over at Liberty, Manolo Blahnik held court on the ground floor, signing books for a seemingly endless queue of fans, including Yasmin LeBon. “I have many, many pairs of Manolos — but not as many as I could. I get cut off by my friend the store manager after three — and remind myself of school fees,” said LeBon, who was wearing a blue Richard Nicoll dress and Manolos.

Fellow model — and shopaholic — Claudia Schiffer turned up at the Emporio Armani store on Bond Street, where British Vogue editor Alexandra Shulman was hosting a big cocktail party with Giorgio Armani. “I don’t really need encouragement to shop,” said Schiffer, “but I think these events are great.” She joined guests including Thandie Newton, Amber LeBon and Jacquetta Wheeler.

GOING GAGA?: Don’t be surprised if Lady Gaga soon develops a penchant for a French fashion label known for its superhero shoulders and out-of-this-world aesthetic. According to sources, Thierry Mugler is zeroing in on a contract with Nicola Formichetti, a stylist, editor and consultant whose diverse client list ranges from Lady Gaga and Vogue Homme Japan to Uniqlo. Rosemary Rodriguez, artistic director at Thierry Mugler since 2008, recently exited the Paris-based fashion and fragrance house, clearing the way for a new talent to step in.

ZAC’S NEW LEADER: Just in time for New York Fashion Week, Susan Davidson has added the title of chief executive officer of Zac Posen to her duties as ceo of fashion retailer Scoop NYC, which she joined in September 2009. Both Posen and Scoop are owned by Ron Burkle’s The Yucaipa Cos. Posen will show his main line in Paris, while his secondary Z Spoke by Zac Posen collection will take to the runway in New York on Saturday.