The museum worked with fashion students who created outfits inspired by space flight.

By Natalie Theodosi on May 26, 2016
View Slideshow 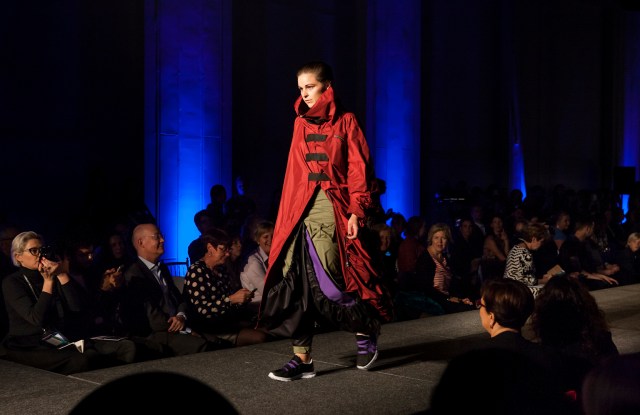 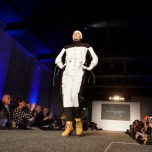 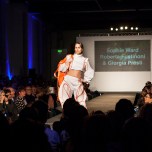 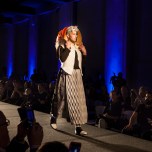 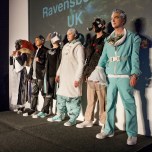 SPACING OUT: The Science Museum in London has collaborated with the European Space Agency to host “Couture in Orbit,” a catwalk show that took place this week at the museum.

The event marked the European Space Agency’s five missions to the International Space Station made over the last two years.

Rosita Suenson, communication manager of the ESA, said the idea for the project emerged out of a conversation with Roger Highnfield, director of external affairs at The Science Museum, and a desire to engage a different audience.

“The students we normally engage are usually involved in the fields of science and technology, but this year we wanted to do something different, so I came up with the idea of a catwalk show.”

“We got a very positive response, and I wanted to leave it up to the schools to decide how the project was added to the curriculum, and at what level, which meant that we had a wide variety of student ages participating,” added Suenson.

Among the highlights were a variety of puffer jackets with internal heating mechanisms, and tailored jackets with bulbous clear sleeves that resembled astronauts’ helmets.

Although the show, which was open to the public, was a one-off occasion, Suenson said the team is exploring an opportunity to stage it again during Milan Fashion Week in September, and turn “Couture in Orbit” into a traveling exhibition.

The project also highlighted the relevance of technology within fashion. As a result, some of the participating schools, including the Politecnico di Milano, are now looking into the possibilities of adding courses about space and technology to design students’ curriculum.