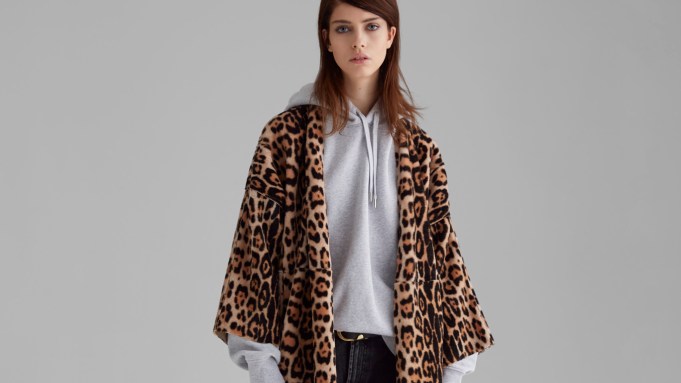 SHOP TALK: Longchamp is ramping up its retail presence Stateside with a new flagship due to open on New York’s Fifth Avenue on May 3, as the first in a series of events planned to mark the brand’s 70th anniversary. The store will have dedicated spaces for each of the house’s categories.

The French leather goods firm, known for its best-selling Le Pliage bag, already has a store in the city’s SoHo district, and a smaller store on Madison Avenue that will close to make way for the new flagship, according to Longchamp creative director Sophie Delafontaine.

Its first L.A. store is set to open this fall, located in the Beverly Center, she said, bringing the total number of own stores internationally to around 300.

Other events will include a new collaboration out in time for the summer and a party during Paris Fashion Week in September.

Highlights from the house’s Seventies-flavored fall 2018 collection, meanwhile, included long fluid dresses in a horse bridle print and, for outerwear, striped mixed-media furs, Army jackets with shearling collars and fringed jackets. “It’s this idea of an Amazon woman of modern times, a woman who is ultra-feminine but strong,” said Delafontaine.

New bag styles include colored rabbit fur backpacks and pouches dubbed “Give Me a Hug;” the “Amazon” handbag in a range of finishes including quilted leather and printed python, and the saddle-shaped “Alezan” bag.