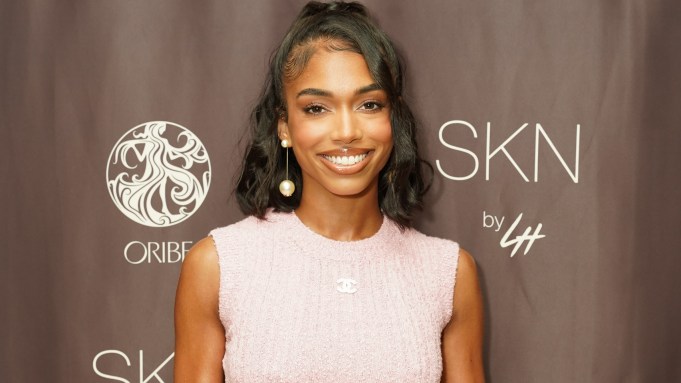 Lori Harvey is celebrating her success as a new entrepreneur.

On June 24, the model attended a luncheon hosted by the Black Beauty Roster, a collective that focuses on highlighting the work of Black beauty creatives in television, film, entertainment and fashion.

For the luncheon, Harvey wore a look by Chanel, which was a baby pink sleeveless knit, an orange mini tweed skirt paired with a small pearl-adorned white bucket bag and white heels by Femme. She styled her hair half-up and half-down to show her pearl drop earrings. She is usually styled by Maeve Reilly, who also works with the likes of Megan Fox.

The event, held at the Edition in West Hollywood, Calif., was to honor top beauty professionals of color and industry leaders behind the lens, including Harvey’s own skin care brand Skn by LH, which she launched in October.

“Did a thing with @blackbeautyroster,” Harvey wrote in the caption for her Instagram highlighting the event. “I love what you all are contributing to the beauty industry by bringing together black beauty entrepreneurs and celebrating all their hard work and success. Thank you guys so much for having me and highlighting @sknbylh.”

Among other notables who attended or spoke at the event include Chelsea Lazkani of Netflix’s “Selling Sunset,” Lauren Speed-Hamilton of Netflix’s “Love Is Blind,” MSNBC host Symone Sanders, the BBR cofounders Simone Tetteh and Maude Okrah, and other key industry influencers such as Sir John and many more.