For Loro Piana, it’s not enough that Bergdorf Goodman is already its top-volume wholesale door. 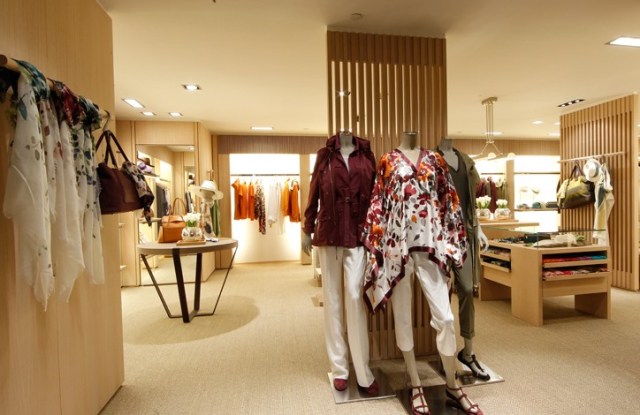 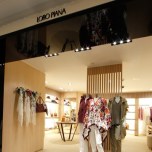 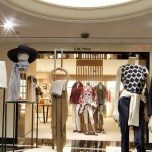 LORO PIANA’S NEW SPACE: For Loro Piana, it’s not enough that Bergdorf Goodman is already its top-volume wholesale door. The Italian brand wants to elevate the productivity and has relocated its Bergdorf shop to a higher traffic spot on the fourth floor between the escalator and elevators and reconceptualized the merchandising. “There’s tremendous exposure. That’s really important to us,” said Pier Luigi Guerci, president and chief executive officer of Loro Piana USA. The new shop, launched Friday, is similar in decor to the company’s others, although the merchandising has advanced with soft accessories and a wider selection of handbags intergrated with ladies’ ready-to-wear.

Guerci said the shop represents “a lifestyle approach and stronger representation of the brand” and that it could be considered a prototype for other in-store shops. At 754 square feet, the shop is only slightly larger than the previous one, yet it has 40 percent more capacity to display products, noted Patrick Adent, senior vice president of wholesale.

BALMAIN’S NEW DEAL?: Ittierre SpA may have secured a license with Balmain, according to sources. The Italian manufacturing company had no comment Monday. Ittierre was part of the IT Holding SpA group that included the Gianfranco Ferré and Malo labels. After almost two years of government-backed bankruptcy protection, the sale of Ittierre to Albisetti SpA was finalized in January. Ittierre produces the C’N’C Costume National, Galliano and Ermanno Ermanno Scervino collections and Just Cavalli, which is to decamp to Renzo Rosso’s Staff International with the spring 2012 season. Albisetti’s owner, Antonio Bianchi, told WWD earlier this year that he was planning to expand its stable of licensed brands with new international fashion labels.

DELLA VALLE’S REBUTTAL: After several Italian national newspapers reported Monday that controversy was brewing around Diego Della Valle’s recent decision to restore the Colosseum in Rome, Tod’s Group released a statement clarifying the various points of contention. The crux of the debate revolved around the uncertainty regarding the details of the agreement between Della Valle and the Ministry of Culture. One Italian politician speculated the Italian mogul would have exclusive and private use of the image of the Colosseum for commercial purposes, while another questioned his intention to provide all of the funds himself. Tod’s confirmed Della Valle’s contribution of 25 million euros, or $35.5 million at current exchange, for the restoration as well as “no possibility that the group will use the monument for advertising or commercial purposes, nor in exclusivity nor in any other way,” as had been originally communicated during a press conference in January.

BIG FOR JAPAN: Designers got quite creative with their donations for the Council of Fashion Designers of America’s Fashion & Friends for Japan charity auction, which kicks off today on Charitybuzz.com and aids victims of the earthquake and tsunami in Japan.

Among the 75 donations are a full week’s stay at CFDA president Diane von Furstenberg’s private home in the Bahamas; a tour of Vanity Fair’s offices that includes sitting in on a meeting in editor in chief Graydon Carter’s office and dinner for four at The Monkey Bar, and a chance to experience Ralph Lauren’s Paris culminating with tickets for “The Art of the Automobile: Masterpieces of the Ralph Lauren Collection.” Meanwhile, Vogue is offering an opportunity to meet Anna Wintour and attend a Vogue shoot, while DKNY donated a VIP experience at Yankee Stadium when the Yankees play the Tampa Bay Rays on July 9, including a chance to meet Yankees manager Joe Girardi. These are not all the lots, however. The auction is ongoing and donations can still be made.

ANNIVERSARY PARTY: “One always loves success,” noted Caroline Rose Hunt, a serene octogenarian presence within the uproar of Stanley Korshak’s 25th anniversary party. Hunt opened the designer store to anchor the retail complex at her Rosewood Crescent Hotel in Dallas, and sold the business in 2002 to longtime manager Crawford Brock. He more than doubled it to 65,000 square feet — nearly all of the Crescent’s retail space. The festivities attracted more than 700 people, from old-guard Texans who had celebrated Korshak’s debut with Hunt to the young, rich and fashion savvy, including Billie Leigh Rippey, Shy and Charlotte Jones Anderson, Linda and Steve Ivy, Eduardo and Kary Brittingham, and Doris Jacobs and her daughter Teffy. “We made it!” enthused Rose Clark, general merchandise manager.

Brock flitted among the crowd like a hummingbird gathering nectar. “It’s fantastic,” he exclaimed. Business is coming back from the trough of 2009 — up nearly 15 percent last year, Brock noted in an interview earlier this month. “I think it’s due to new resources, and the economy is trying to come back. We will exceed ’08 sales this year. We could hit ’07 by the end of 2012, but my guess is it will be closer to ’13.”