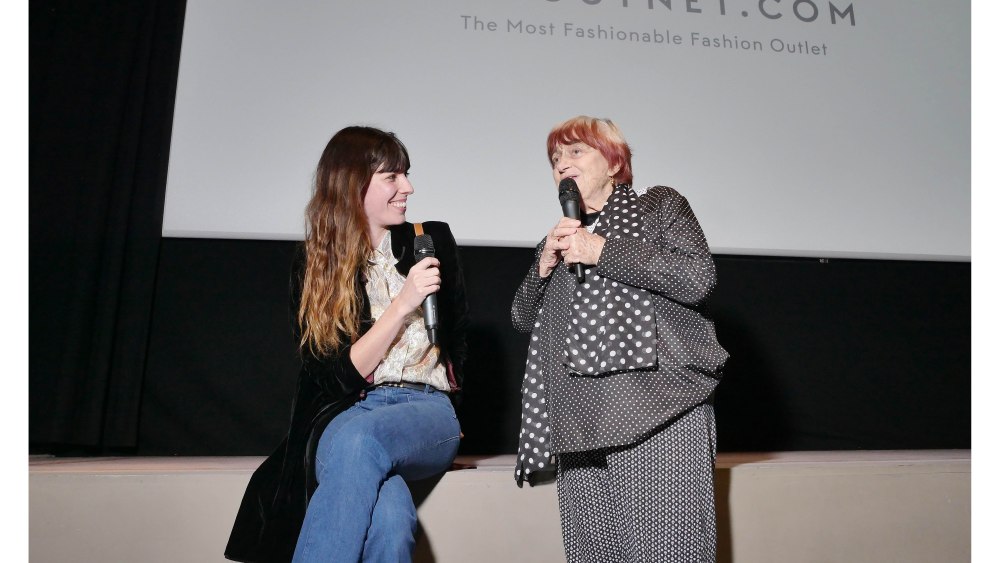 GIRLS ON FILM: “Of all the beautiful movies in the world, Lou picked mine,” film director Agnès Varda said before the screening of “Cléo from 5 to 7,” the 1961 movie selected by actress and singer Lou Doillon for the Paris edition of the Grand Classics screening sponsored by e-tailer The Outnet.

“If The Outnet were a movie, it would be ‘Amélie’ without a doubt. She’s global, she travels, she’s quirky. We take fashion seriously but not too seriously,” Andres Sosa, The Outnet’s executive vice president of sales, marketing and creative, said at the event, held on Monday night at the Royal Monceau Raffles Paris hotel.

“[Partnering with Grand Classics] was about recognizing customers’ interests and building a relationship without being purely transactional. Events like these screenings are not about product, they’re about delighting our customer,” he added.

Guests including designer Haider Ackermann shared their own favorites. “’L’important c’est d’aimer,’ for the title and for Romy Schneider’s tears,” he said, referring to the 1975 film known in English as “That Most Important Thing: Love.”

“So few movies stay with you for the rest of your life. As you grow up, things start to make sense, connections you hadn’t seen before,” Doillon said of her choice, which she first discovered aged 16. “It’s hard to say what touched me precisely, but what has always appealed to me is this rhythm, this constraint on time that gives a completely stylized form of reality. It’s what I love about Agnès’s work: an accumulation of constraints to find freedom.”

The 88-year-old director, usually reluctant to associate herself with brands and advertising, has known Doillon since childhood.

“The privilege of being old is that you have known people since they were young, watching them grow up and become someone — artists, doctors, lawyers — even if this is no fun,” Varda told the audience, which included director Olivier Dahan, French model and actress Vanessa Demouy, stylist Catherine Baba and jewelry designer Elie Top, as well as The Outnet’s VIP customers.

Set in Paris during the Algerian war for independence, the movie follows the titular character Cléo Victoire (Corinne Marchand), a vain and self-absorbed pop singer, during a 90-minute time frame – exactly corresponding to the film’s running time – during which she waits for medical results and meanders through Paris seeking comfort from her oblivious friends.

Cleo divests herself of the trappings of her shallow existence as she slowly comes to terms with her own mortality and becomes aware of the meaningful and mundane around her. The character’s fear of potential illness and death is played off against the idea of a “5 à 7”, a French expression describing an afternoon dalliance.

Restored in 2012 thanks to public funds, it was the filmmaker’s second feature-length film and a pivotal contribution to the French New Wave cinema movement. Varda’s next movie, “Visages, Villages,” is a road movie documenting her travels around disaffected rural areas with French artist JR, set to be released on June 28.