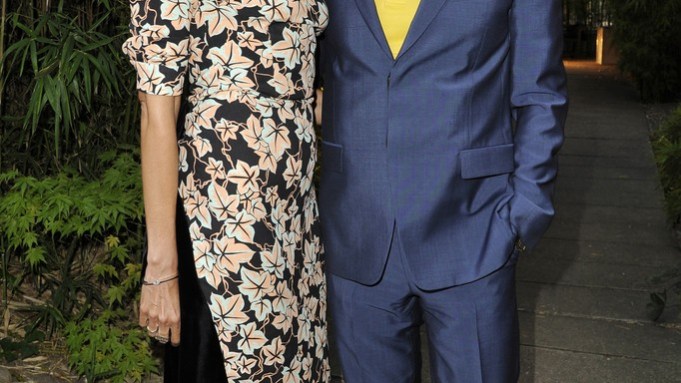 IN HIS SHOES: “It’s rare for me to talk for more than five minutes. Here it’s for an hour, and I don’t feel like I’m suffocating,” Christian Louboutin said following the screening of a documentary about him at the Pagode in Paris on Tuesday night.

His longtime friend and model Farida Khelfa made the 52-minute film, after following in the Parisian shoe designer’s footsteps for two years, filming him anywhere from the Nile in Egypt to Le Caprice in New York.

“He’s like my brother, but I think to others he’s pretty mysterious, and so I was hoping to shed some light,” she explained.

Khelfa, who will tackle the sensitive subject of decolonization in her next film project, said she didn’t remember how many pairs of Louboutins she stored in her closet, “but I have some which are truly vintage — without the red sole, from his first collection, and I can tell you: I’m keeping those,” she assured.

Alber Elbaz “loved” the film, which features David Lynch, Blake Lively and Alicia Keys among others. He only had one complaint on Tuesday night: “an overdose of massages,” which the affable Lanvin designer treated himself to during a recent trip to Bali.

Jean Paul Gaultier said he was positively surprised to hear Louboutin talk about his family background and how it influenced his work, which is a rare revelation, while Haider Ackermann searched clues for his own work. “Always look to the feet,” is what he took from the film, he said. “Shoes change the posture. This makes me think differently about my own work.”

Valérie Lemercier, Jean-Paul Goude, Clotilde Courau and Arielle Dombasle were also among the guests who took in the preview.

The film is to air on the Arte channel on Sept. 27 at 10:30 p.m. as part of a weekend of fashion programs presented by model Nadja Auermann. Also on the schedule are documentaries about Balmain, Diana Vreeland, top models and a Berlin fashion school.