Launch follows on from the label’s existing e-commerce sites in the U.S. and Canada. 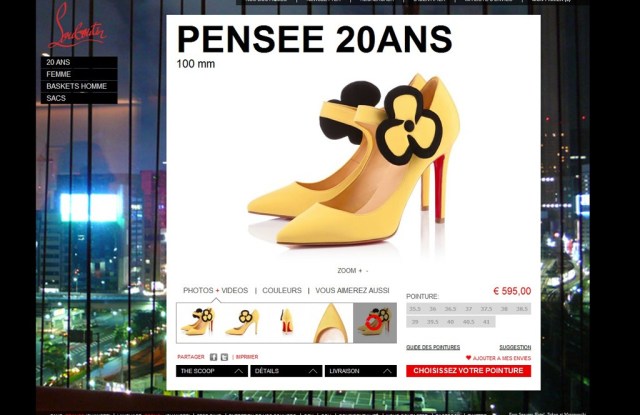 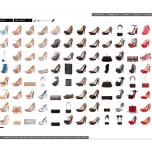 LOUBOUTIN ONLINE: Christian Louboutin will today unveil a European online boutique, following on from the label’s existing e-commerce sites in the U.S. and Canada.

The new site will allow consumers to either navigate straight to the online store by clicking a Fast Track button, or to explore the label’s background through Louboutin’s corporate Web site. Customers are able to shop for designs by color, size or heel height, or can zoom in on each of the designs, and view 360 degrees around each shoe or handbag. A video function will soon follow. Customers will also soon be able to chat live online with Louboutin representatives about their prospective purchases, and can currently e-mail or call for advice. The site offers either French or English as language options, depending on the European territory.

There are more digital initiatives for Louboutin in the pipeline. Later this spring, the label will offer European customers the chance to pre-order styles from the fall 2012 collection via the online store, and the label will soon add an iPhone app. Later this summer, Louboutin’s U.S. and Canada site will relaunch in the same mode as the European Web site.

While the focus of the European site may be on commerce, its design is infused with Louboutin’s signature whimsy. When a customer clicks on a shoe, it’s displayed against a quirky photographic backdrop that reflects Louboutin’s inspirations, such as a Los Angeles swimming pool, an image of the chickens at the designer’s French farm or a New York skyline. The landing page features an image of Louboutin conversing with a Barbie doll, taken from the designer’s collaboration with Barbie for the doll’s 50th anniversary in 2009.