The house will bring its traveling exhibit to Westfield Century City from May 18 to June 10. 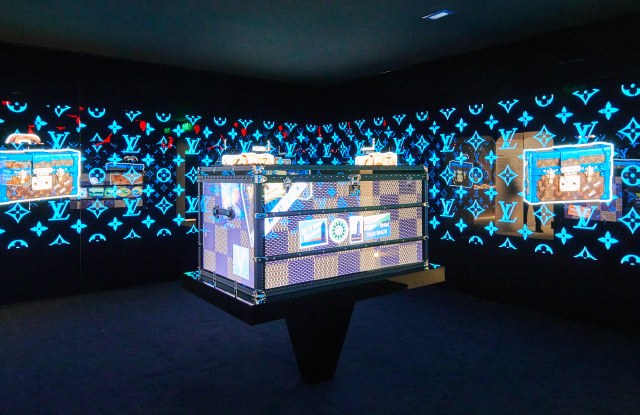 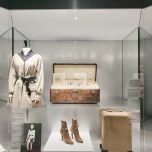 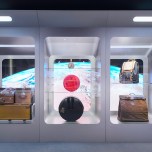 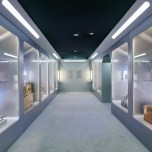 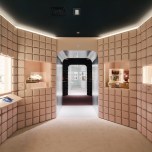 As a coastal gateway to both East and West, Los Angeles is often a brand’s first entry point into North America. To that end, Louis Vuitton is making L.A. the first U.S. stop for its traveling “Time Capsule” exhibit. The six-part mini-museum will debut with a private party on May 17 at Westfield Century City, where it will be open to the public from May 18 to June 10, with free daily admission Monday to Thursday from 10 a.m. to 9 p.m., Friday to Saturday until 10 p.m. and Sunday from 11 a.m. to 7 p.m.

“With the ‘Time Capsule’ exhibition, we wanted to tell our history in a different way. We all know the Louis Vuitton trunks, we know about the 19th century, we know about travel, but what we do not know is how modern Louis Vuitton is. If our house is today a leader in the world of luxury, it is thanks to this modernity,” said Louis Vuitton’s chairman and chief executive officer Michael Burke.

The visual journey through the history of the house revisits its innovations in technology and design, traveling from the brand’s beginnings in 1854 to the present day using rare or celebrated objects from the Louis Vuitton archive.

Meant to be explored in chronological order, the exhibit’s six parts are: The Keys to the Codes, Journeys Around the World, Elegance in Motion, Icons of the House, Magic Malle and the Artisans Room.

Angelenos may recall the house’s Series 2 exhibit, another temporary mini-museum that traced the origins of Nicolas Ghesquière’s spring 2015 collection. That exhibit kicked off with a star-studded party, and some of those elements are echoed in “Time Capsule,” such as in the Magic Malle room, which uses light and holographic effects to show the ever-changing yet classic trunk.

Prior to arriving in L.A., “Time Capsule” debuted in Hong Kong in 2017, followed by Bangkok, Berlin, Singapore, Dubai and Shanghai that year, and Melbourne and Madrid this year.