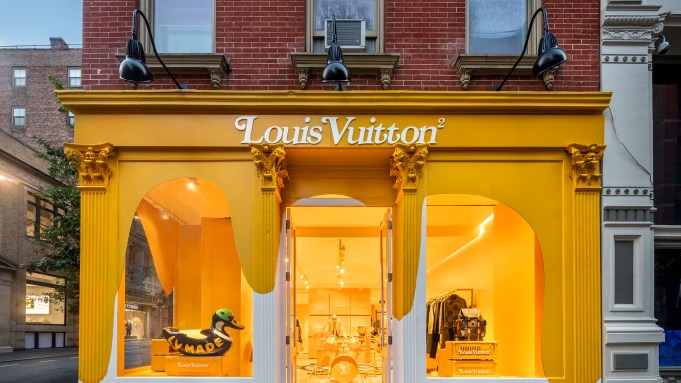 The second drop of Louis Vuitton LV2 collection, the collaboration between men’s artistic director Virgil Abloh and Bape and Human Made founder Nigo, has arrived with a temporary residency in New York City.

The SoHo storefront has been transformed as well with a bright yellow facade with drip effect, as well as large sculptures of the “LV Made” duck, which is the symbol of the collection, turtle rugs inspired by Nigo’s Human Made rugs, customized drum sets at the entrance, oversized mannequins and custom Marshall and Louis Vuitton speakers with LV x Nigo logos all in bright yellow.

LV2, which is Abloh’s first collaboration for Louis Vuitton, was revealed in December 2019 and launched in June. The second drop that launched today is also available on the Louis Vuitton web site.