Liu is the first official female face for the house in China since Fan Bingbing stepped away over her tax scandal.

Liu Yifei is the new face of Louis Vuitton in China.

The brand revealed Friday on its Weibo account that Liu, who recently gained global recognition with Disney’s remake of ”Mulan,” will join the likes of Naomi Osaka, Alicia Vikander, Emma Stone, and Léa Seydoux, and feature in the brand’s spring 2021 campaign, directed by Nicolas Ghesquière, the brand’s artistic director of women’s collections.

Her 68 million Weibo fans filled the announcement post with photos of online order confirmations and shopping receipts, and praises for the endorsement.

While many in the West might know of Liu from the panned “Mulan” remake or her public support for Hong Kong police during the city’s pro-democratic social unrest, in fact, she has been a popular actress in mainland China for almost two decades.

She rose to fame at the age of 16 for playing the lead character in the period romance-drama “The Story of a Noble Family” in 2003. Liu later played Wang Yuan and Xiaolongnv in Louis Cha’s wuxia novel TV adaptations “Demi-Gods and Semi-Devils,” and “The Return of the Condor Heroes,” respectively, which earned her the nickname “Fairy Sister” for her otherworldly beauty. 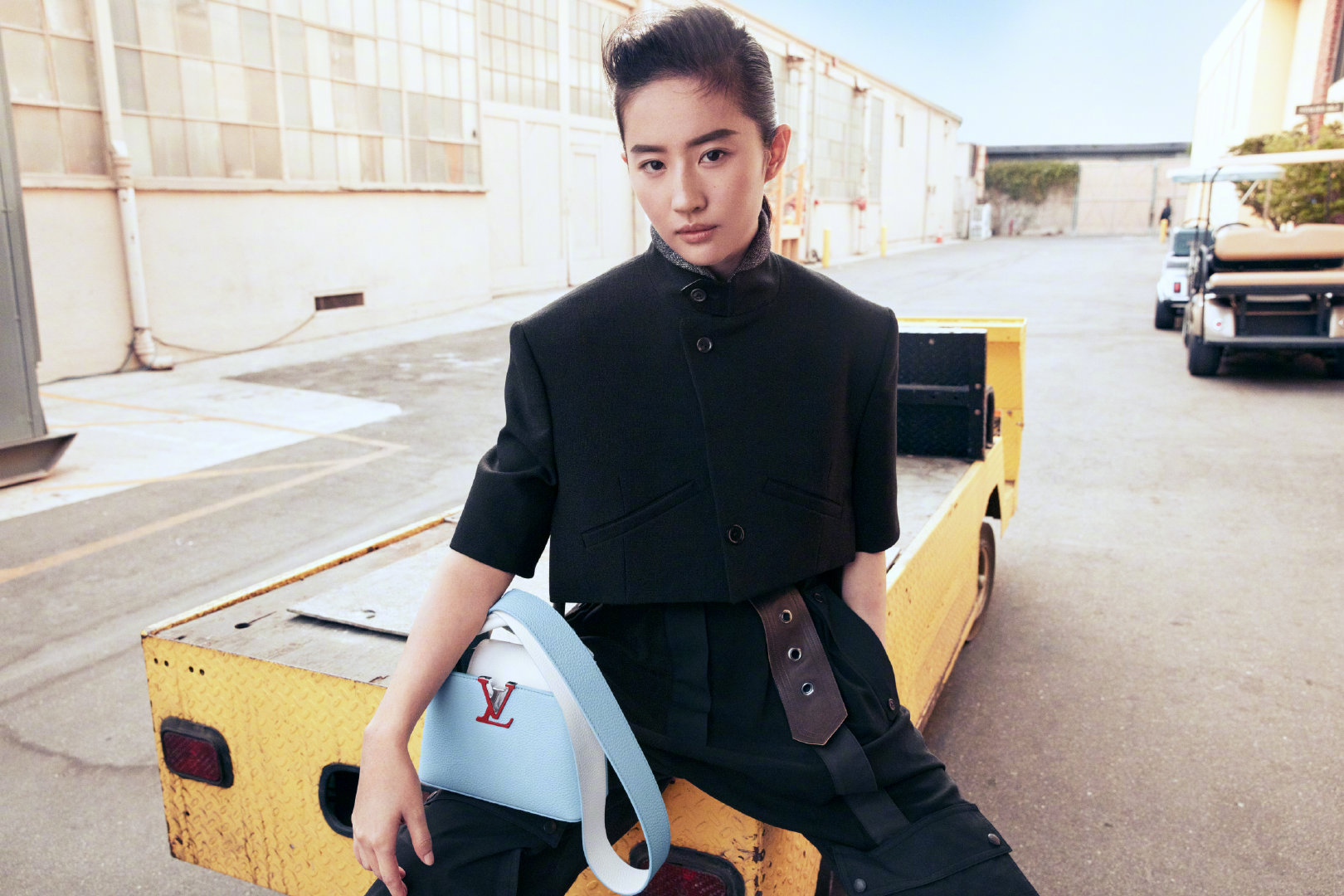 Liu Yifei is the new face of Louis Vuitton in China.  Courtesy

Liu is no stranger to the world of luxury. She has been the face of Chanel, Dior, and most recently, Armani and Chaumet in the market. She also holds a global ambassadorship contract with Shiseido.

Louis Vuitton has been a key driver for LVMH Moët Hennessy, with the brand reporting better-than-expected results in the fourth quarter of 2020.

The group said organic sales at both of its star brands, Louis Vuitton and Dior, grew by double digits in the last two quarters. Profitability at Vuitton remains “exceptional” and Asia saw double-digit growth in the second half, the company noted.

As reported by WWD, Louis Vuitton’s flagship in Shanghai’s Plaza 66 saw a record-high $22 million in August sales, which was boosted in part by the brand’s men’s spring 2021 show held in Shanghai at the beginning of the month, which set the record for livestreams in China.

Ever since Fan Bingbing stepped away from the limelight due to her tax evasion scandal, the brand has worked with several Chinese female celebrities on look books and product endorsements, but Vuitton hasn’t officially appointed any female ambassador for China until now.

With Liu representing Ghesquière’s vision in China, adding to Kris Wu’s endorsement for Virgil Abloh’s men’s wear line, LVMH has a good reason to be “cautiously confident” for 2021. 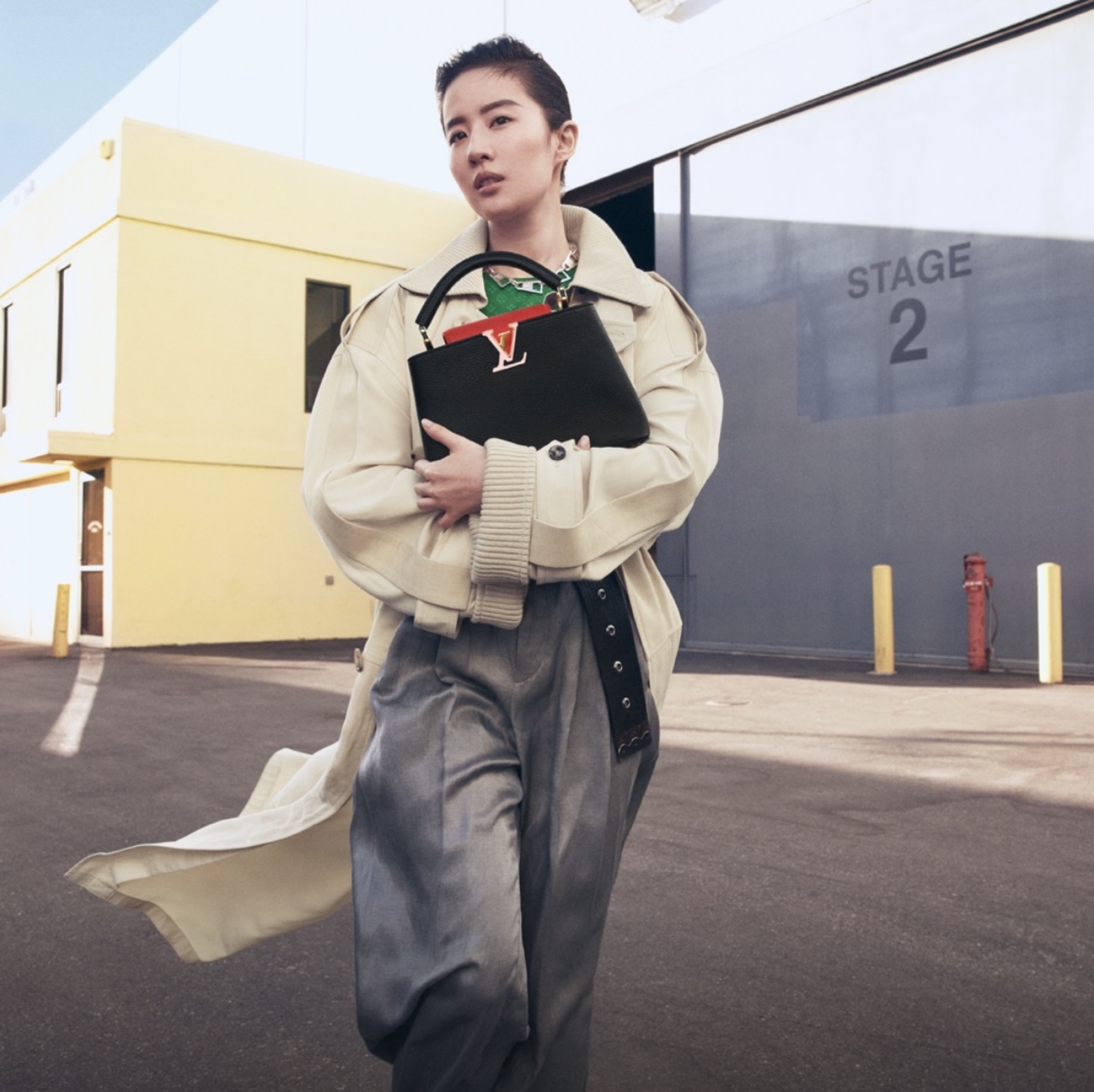 Liu Yifei is the new face of Louis Vuitton in China.  Courtesy

But keep in mind that appointing brand ambassadors in China can be a double-edged sword for brands that are looking to raise awareness and build connections with Chinese consumers.

Last week, Prada was under fire in the country as its newly appointed brand ambassador Zheng Shuang was accused by her ex-boyfriend of considering forcing their surrogate mothers to terminate their seven-month pregnancies. Her irresponsible behavior was met with heavy criticism online and from entertainment industry regulators. Prada fired her one day after the scandal broke, and Zheng was banned from working in the industry indefinitely shortly after.