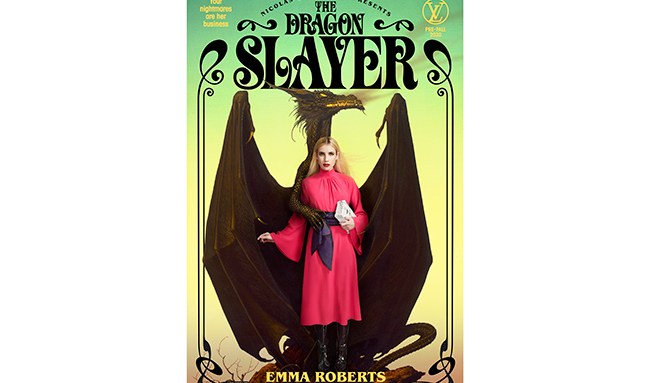 HORROR SHOW: Nicolas Ghesquière has come up with a novel way to present his pre-fall collection — literally.

Billie Lourd and Cody Fern, who costar in “American Horror Story,” appear on a tome titled “Secret Spell” under the tag line: “It takes two to terrify.” Emma Roberts, wearing a scarlet dress, is shown in a dragon’s embrace under the title “The Dragon Slayer.”

The outfits, ranging from sportswear to tailoring, are as varied as the characters portrayed. “In such a ‘wearable library,’ each outfit writes its own chapter made up of romantic monologues,” Vuitton said in a statement.

The initiative is the latest example of luxury brands using pre-collections — traditionally viewed as commercial filler between runway shows — as major communications platforms.