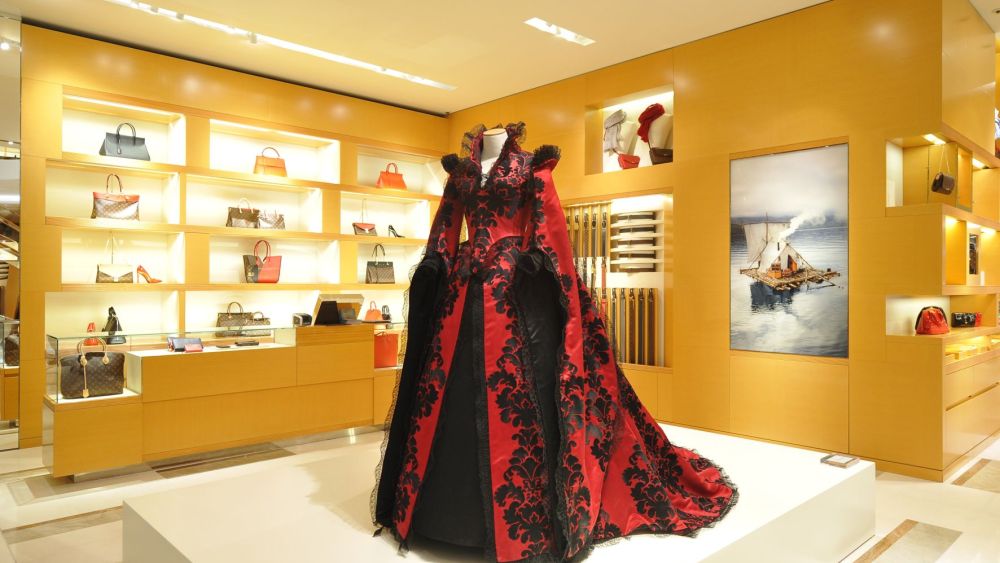 STORYTALE: Louis Vuitton has opened a new exhibition, called “A Tale of Costumes,” in Venice and Rome, which will run through March 31.

The Espace Louis Vuitton in Venice aims to tell the stories of different times through three outfits, such as “Andrienne,” a feminine dress from the end of the 18th century, whose restoration was supported by the brand.

Also on display are a knitted paper garment by Chinese artist Movana Chen, constructed with paper threads from books and a dress, designed and manufactured by students of Rome’s Centro Sperimentale di Cinematografia, under the supervision of Italian costume designer and Academy Award nominee Maurizio Millenotti.

The Roman part of “A Tale of Costumes,” located in Louis Vuitton’s Spazio Etoile, pays tribute to the history of tailor-made costumes in the movie industry with contributions from costumer Sartoria Tirelli, which during its 51 years of activity has won 15 Academy Awards.

The program starts off with a short film about the history of Tirelli, continuing with interviews and images from the documentaries “Handmade Cinema,” “L’abito e il Volto (The dress and the face)” and “Piero Tosi, 1690 — The Beginning of a Century.” The final part of the program includes interviews, sequences and backstage images from Ferzan Özpetek’s film “Magnificent Presence,” Paolo Sorrentino’s “Youth” and Matteo Garrone’s “Reality” and “Tale of Tales.”

For the inauguration of the exhibit earlier this month, a selection of movie costumes from Tirelli was on display, including Romy Schneider’s dress from the film “Ludwig,” the dress worn by Holliday Grainger in the TV series “The Borgias” and Salma Hayek’s dress from her role in “Tale of Tales.”