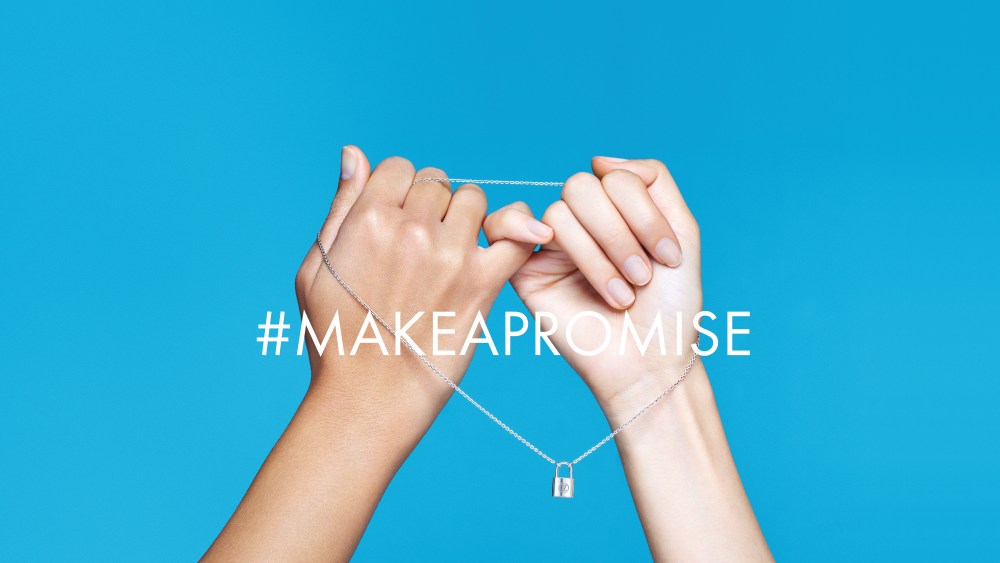 GOOD CAUSE: Louis Vuitton is to launch its first #makeapromise day on Jan. 12 in partnership with the United Nation’s Children’s Fund, or UNICEF, to raise funds for children in urgent need.

The initiative comes a year after the luxury brand embarked on the charitable project with an initial three-year global partnership with the UNICEF fund.

The event will be held in tandem with a campaign where clients will be encouraged to come accompanied with someone close to make a “pinky promise” and to share their promise online with a hashtag #makeapromise. Vuitton staff is also inviting clients to make direct donations online throughout the year and especially during emergencies.

Since January 2016, the partnership has helped raise $2.5 million to help bring children life-saving humanitarian support in Syria and Nigeria.

“The idea of the #makeapromise campaign comes from children: when they make a promise, they mean it, and they seal it with a pinky promise. Children show us a simple way to change the world,” the house’s chairman and chief executive officer Michael Burke stated. “One year after our successful launch, our teams have come up with this idea to keep our promise alive. It’s about joining forces worldwide to raise funds and awareness for children. We believe in word of mouth. Our goal is to reach as many people as possible and to make a real difference,” the executive added.

“Now more than ever, the need to stand together for and with children is critical. By making a promise for children, particularly those affected by conflict situations, the customers and employees of Louis Vuitton are showing their commitment to bring hope to the most vulnerable children,” said Gérard Bocquenet, UNICEF director of private fund-raising and partnerships.

In Syria, since the beginning of the year, the UNICEF fund reached four million children under five with polio vaccinations, 14 million people with drinking water, and nearly 140,000 children with school supplies.

According to UNICEF, nearly 250 million children live in countries affected by conflict and millions more face risks from natural hazards and fast-spreading epidemics.