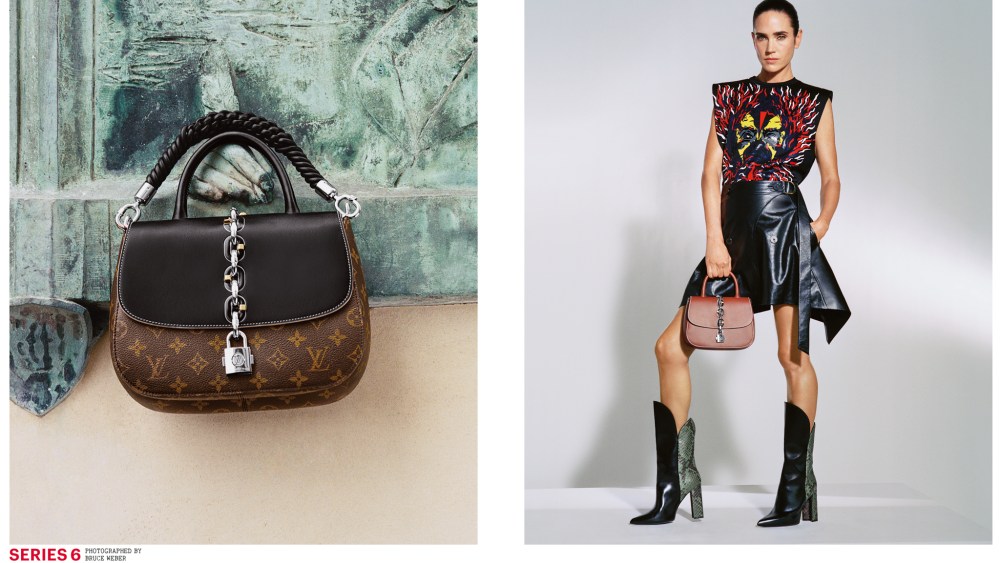 ISLAND LIFE: Paris’ Île Saint-Louis, a favored hangout of writers, artists and intellectuals across the centuries, is the setting for Louis Vuitton’s latest advertising campaign, shot by Bruce Weber and styled by Marie-Amélie Sauvé.

Titled “Series 6,” the campaign moves between minimalist studio shots of Vuitton ambassadors — actresses Michelle Williams, Jennifer Connelly, Adèle Exarchopoulos and Sasha Lane — and images of models taken on and around the island in modern silhouettes from the house’s spring collection.

Star leather-goods styles from the collection also get major play in a series of witty still lifes — like a Petite Malle “Column” bag hanging from a wrought-iron railing and a Petite Malle in printed epi leather suspended in a rusty dock ring.

Charles Baudelaire, Marie Curie and members of the so-called “Lost Generation” including Ernest Hemingway, John Dos Passos and Nancy Cunard count among former residents of the storied Île Saint-Louis, one of two natural islands on the river Seine in the heart of Paris, with views on Notre-Dame Cathedral.

Summoning up the energy of Paris’ avant-garde artistic, literary and intellectual movements, Weber channeled a flâneur strolling through the streets for the campaign, with shots combining a romanticized view of Paris with strong cultural references. Case in point: The Place Louis-Aragon, an area on the island’s western tip dedicated to the French poet of the same name, a major figure in the avant-garde movements that shaped France’s literary and visual culture in the 20th century, including Surrealism.

“Paris is the soul of this collection, with its Right Bank/Left Bank duality, Paris nourished by all artistic influences. It is to this cultivated, intellectual, original and free-spirited Parisienne that I wanted to pay tribute,” said Nicolas Ghesquière, artistic director of Vuitton’s women’s collections.

The campaign will break in a range of international luxury titles on Wednesday, including Vogue.