If you’re in the market for a luxury shipping container, head to the new temporary Louis Vuitton men’s store in Beverly Hills.

Just set up on Rodeo Drive to sell Virgil Abloh’s spring 2021 collection after a roadshow that saw the goods in Shanghai, Tokyo, Paris and Miami, the store’s bright red facade is designed to look like a shipping container from the outside, something of a theme of the designer’s men’s show. For those taken by the look, they can purchase a roughly 10-foot by 10-foot container of their very own, emblazoned in white with “LV” and “Do Not Open.” The containers sell in the range of $100,000, pricing dependent on shipping and other factors, but can conveniently be transported by land or sea. 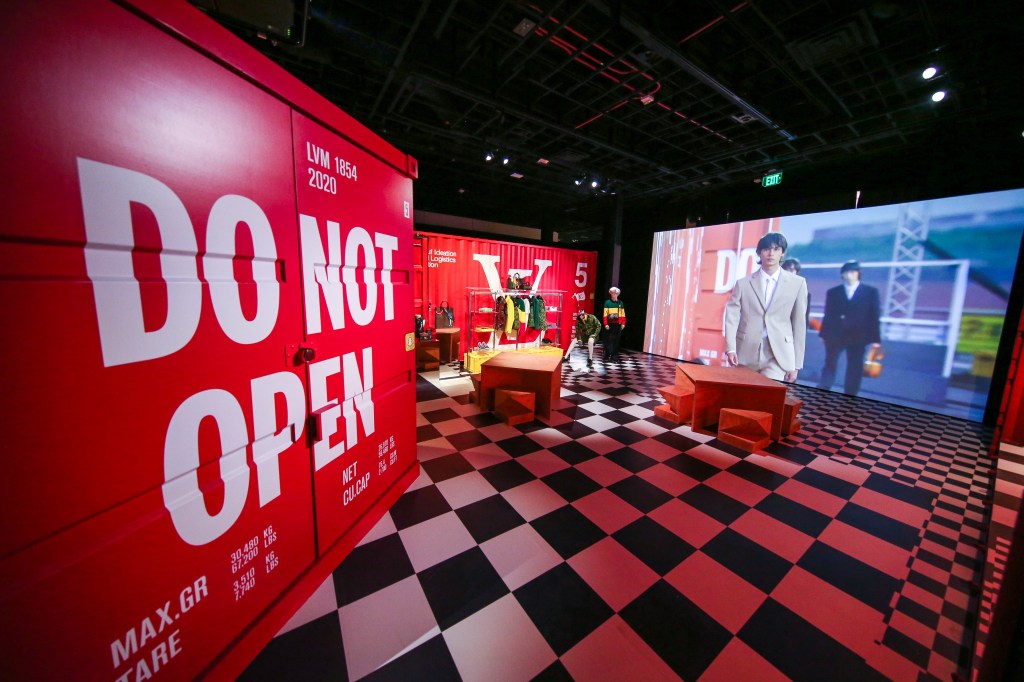 Opening Friday to private clients only, the 1,600-square-foot store is already drawing selfie stick carriers and Los Angeles hype children posing for Instagram. They can’t see into the windowless store from the street and, as the store will operate only at 25 percent capacity under local coronavirus restrictions after the private client period, the public may not ever get to see for themselves what’s inside. But the shipping container look — said to be inspired by Abloh’s childhood — also emblazoned with a giant LVs visible from several blocks away, is clue enough.

“This is probably the biggest leap that I’ve made in terms of proposing a new system, how it lives and operates,” Abloh told WWD in July. “It’s probably the most fully packaged from the clothes itself and the craftsmanship, to the things you’ll see with the films and how it activates.”

With no natural light, the store doesn’t attempt to artificially brighten up. It’s painted black, even the ceiling, with part of the flooring varied sizes of checkered black and white. But the clothes are generally brighter, with a palette throughout of red, yellow and green, colors of the flag of Ghana, where Abloh’s parents immigrated from, and some blue and orange as well. A video presentation of the collection shown in Paris played on a loop on a screen that takes up almost an entire wall in the relatively small space, which will one day become essentially a foyer for LVMH Moët Hennessy Louis Vuitton’s planned Cheval Blanc Hotel.

There are a few classically monogrammed pieces in the store, but all adorned with the designers new “Zoooomies,” cartoonish creatures finding themselves embroidered on a scarf or sewn to apparel. Snapchat is also part of the store, with the company’s logo displayed in spots as a QR code that will take a user to a special feature with the Zoooom characters. 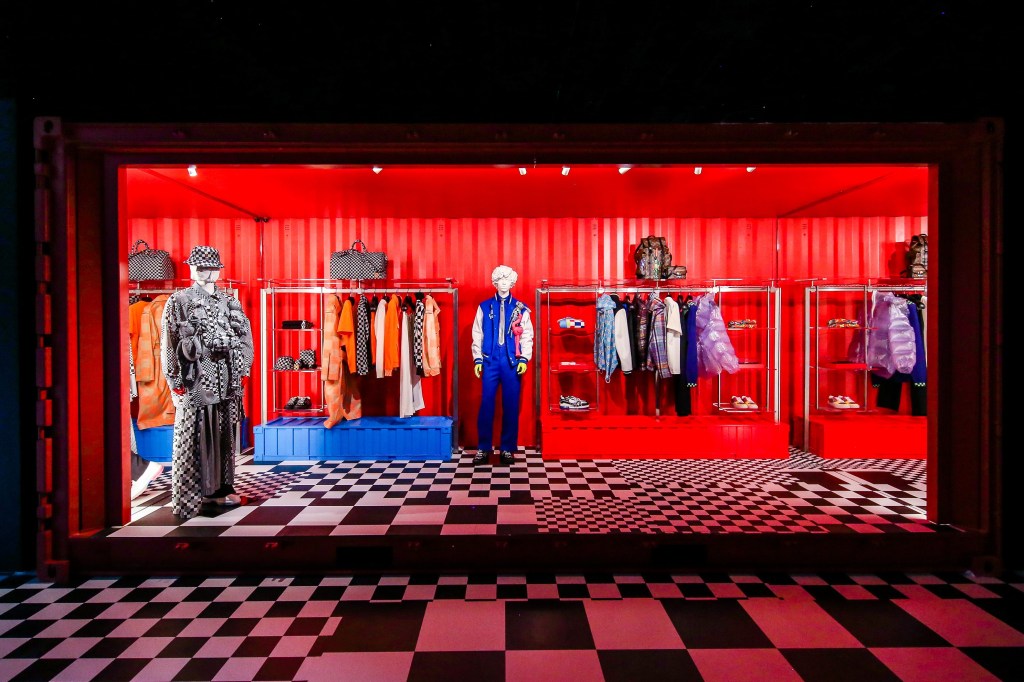 The collection itself is tightly curated, with around a dozen looks — suiting, sweaters and Abloh’s version of the utility vest among them — on offer, as well as about as many shoes and accessories. Going with what the designer is pushing as “seasonless” collections, there are looks from his previous 2020 men’s collection, too. The store is already pre-selling items to private clients and the first day of private appointments is booked solid. Louis Vuitton would not comment on how the previous locations of the store had performed in terms of sales.

The store is set to close at the end of February.