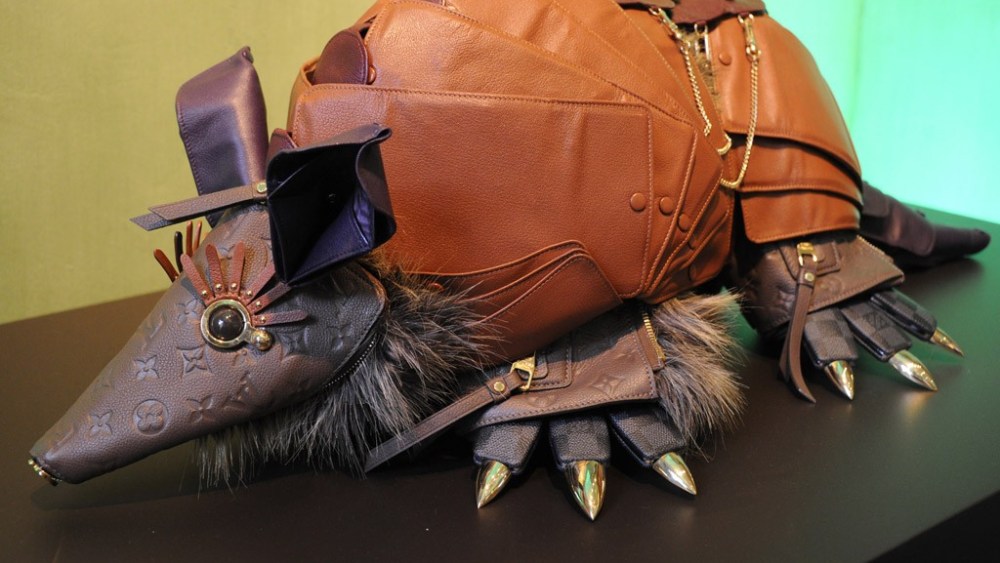 “The bear has probably been the most difficult. I had to manipulate the shape of the products to fit the bear. A bear is just a big hulk of an animal that doesn’t have lots of little details that say, ‘Oh, I’m a bear,’” said Achilleos.

“It sounds really silly, but a lot of the products to me look like elements of an animal,” she continued. “For instance, the bag that I’ve used on the deer’s body — the moment I saw it, the zipper pull on it, looked like a deer’s tail to me. I just said, that’s got to be a deer’s bum when I’m finished with it.”

Vuitton chief executive officer Yves Carcelle, who is to step down next year, said the choice of Deyrolle was not perchance. “When Marc [Jacobs] joined the company, we started ready-to-wear, and our headquarters was not finished. So I rented for him a place which was 20 meters away from here,” he said.

Meanwhile, the Vuitton animals — which have already visited cities like London and Milan — will continue their global migration.