Despite his stature and looks, Natalia Vodianova's 16-year-old son has no plans to follow in his mother's modeling footsteps just yet. 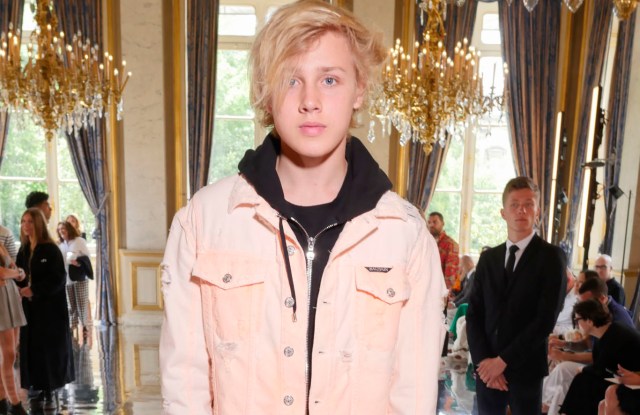 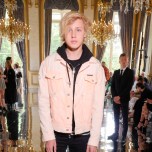 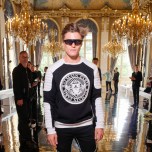 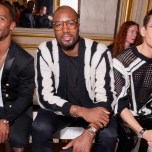 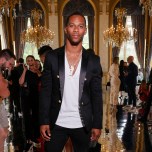 GENE POOL: He may have inherited his mother’s towering stature and model looks, but Natalia Vodianova’s eldest son Lucas Portman has no plans just yet to follow in his famous mom’s professional footsteps.

“I’m only in 10th grade, I’m 16,” said Portman at the Balmain show Sunday afternoon, where he got the flashbulbs popping just as much as more familiar front-row faces including Victor Cruz, Serge Ibaka, Virginie Ledoyen and Hu Bing.

The striking blond teenager, who had just gotten out of school for the summer and was looking forward to vacation, admitted that nevertheless, “I’m already looking for where I want to go and what I want to do.”

While he said he hadn’t yet decided on his plans for the future, his model and philanthropist mother is certainly an inspiration. “I know it’s a cliché, but my mom has always been an inspiration in everything she’s done.”

For her part, Ledoyen has just wrapped two movies, a made-for-television project, “Mélancolie Ouvrière,” (which translates as “workers’ melancholy”) and “Rémi Sans Famille” (or “Rémi the Orphan”), due out in December.

“They’re very different, one’s a trade unionist, the other’s an aristocrat, so the spectrum is very broad,” said the French actress of her characters in the two projects. “That’s what I love about being an actor, being able to wander into very different worlds.”