The designer has set up shop in Paris’ Joyce Gallery until Jan. 31, for an exhibition and pop-up store featuring pre-orders for his fall 2021 collection.

Ludovic de Saint Sernin with a Bob Mizer photograph from his personal collection and a campaign image for his brand, shot by Willy Vanderperre.

DO YOU REMEMBER: For the second season running, Ludovic de Saint Sernin chose a pop-up format to reveal of his fall 2021 collection, setting up shop in Joyce Gallery until Jan. 31.

Facing the entrance is a large-scale Willy Vanderperre shot featuring a supine model sporting one of the designer’s racy briefs from an early collection. Next to it are works by Bob Mizer, an American mid-20th century photographer who pioneered male nudes, and upcoming lensman Igor Pjörrt.

But the picture gathering the most attention was a motion-blurry portrait of long-time Rick Owens collaborator Tyrone Dylan Susman sporting eyelet briefs, shot by Owens himself and part of a set of images made for the “Tyrone by Rick for Ludovic” souvenir zine.

Copies were going at a brisk pace. “People who are out of town are sending friends to get [one of the 500] copies for them,” de Saint Sernin said, a hint of disbelief in his voice. “I didn’t realize that we shared a lot of fans, but people saw us at each other’s show and hanging out. We started to build this relationship where I see him as a big brother, someone who has built such a strong community, pre-Instagram. I’d be the Instagram version of this.”

Also part of de Saint Sernin’s network is Jean Claracq, an artist he met through Instagram and whose mixed-media paintings focusing on young males absorbed in digital worlds have been shown at the Louis Vuitton Foundation. “He’s one of those artists who take inspiration from Instagram, a source that’s been hard to legitimize because people assume there should be more intellectual references. But anyone can inspire a piece of art or a garment. That’s very democratic, and it’s important to acknowledge that it’s a conversation where you are as inspired by them as they are by you,” said the designer.

On the other side of the gallery, selected looks from the designer’s fall 2020 and spring 2021 collections are also available, including tailored jackets, slinky trousers, silk shirts,and his sweat-stain sweaters.

The highlight of the pop-up is the reveal of the fall 2021 teaser video, titled “Do You Remember?”, showing three friends meeting to get ready for a party — in full LDSS looks, of course — and inspired by a year of separation. 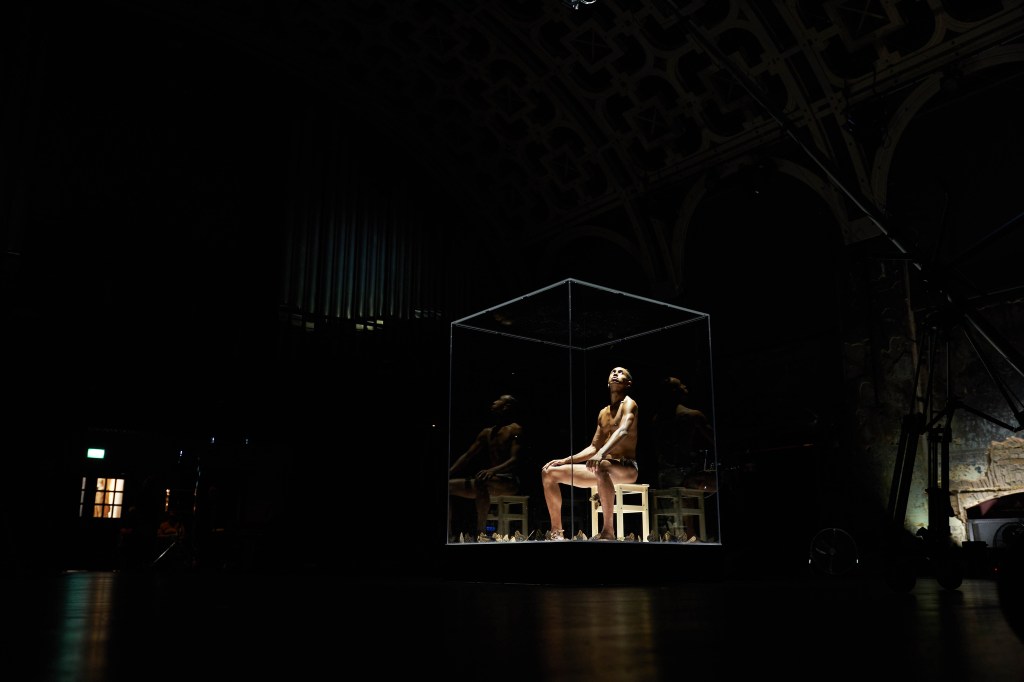 “We work in this industry with people all around the world, our friends are scattered around the world and we haven’t been able to see each other since last year. [The film] is about that idea of meeting one’s friends again, and describes that moment where you’re getting ready, the most exciting time, where you feel at your best,” he said of the flirty teaser, shot featuring a soundtrack by Only Fire, an artist using the voice of Apple-created virtual assistant Siri as vocals in their music.

The decision to offer items for pre-order was made partly as a perk for his community, but also as part of a wider move toward made-to-order. “It avoids waste, and it also gives our customers the feeling of pieces created only for them,” he said. Up for grabs are a leather coat, inspired by one of his first pieces and now featuring contrasting stitches matching the colors of the season; a wool georgette trench coat, its belt entirely dotted with eyelets as a functional nod to his ubiquitous lacing; knit separates featuring new takes on his laced briefs; and metal mesh tops and dresses with recycled Swarovski crystals. 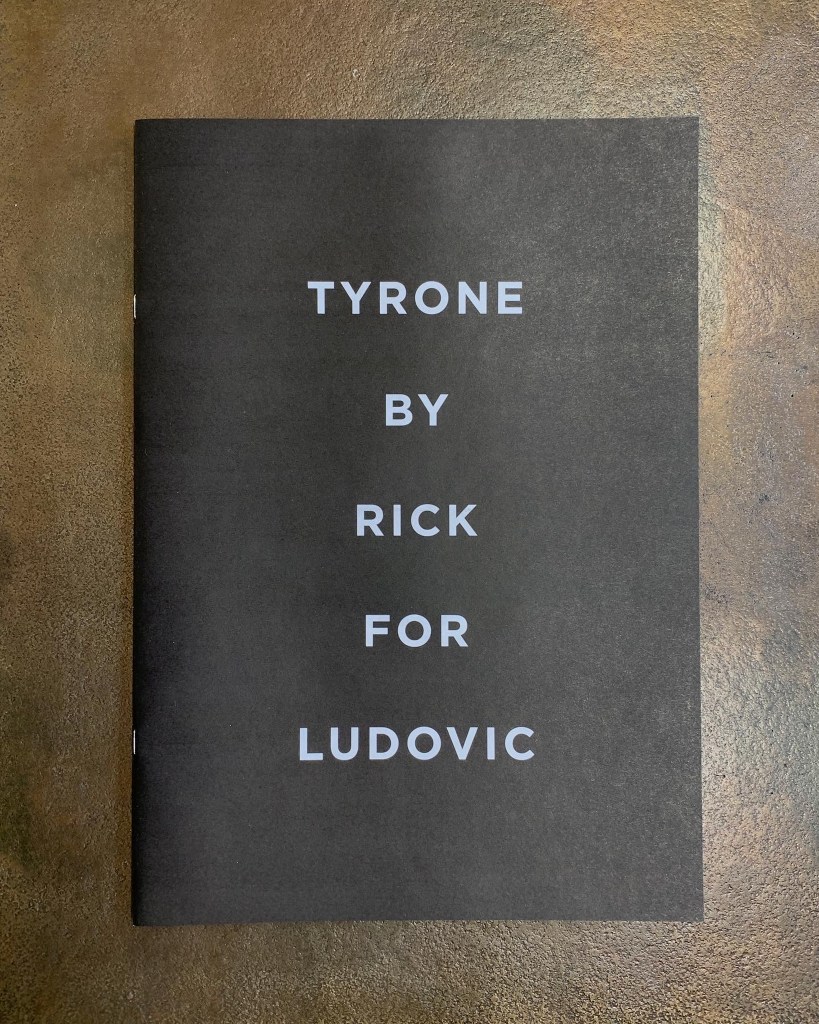 Cover of the “Tyrone by Rick for Ludovic” souvenir zine.  Courtesy Photo

Eagle-eyed watchers will have also spotted new beaded jewelry pieces and a golden pendant featuring one of his racy back views, part of an upcoming line of astrological pendants created in collaboration with goldsmith Goossens Paris.

The Ludovic de Saint-Sernin pop-up is open at Joyce Gallery until Jan. 31. 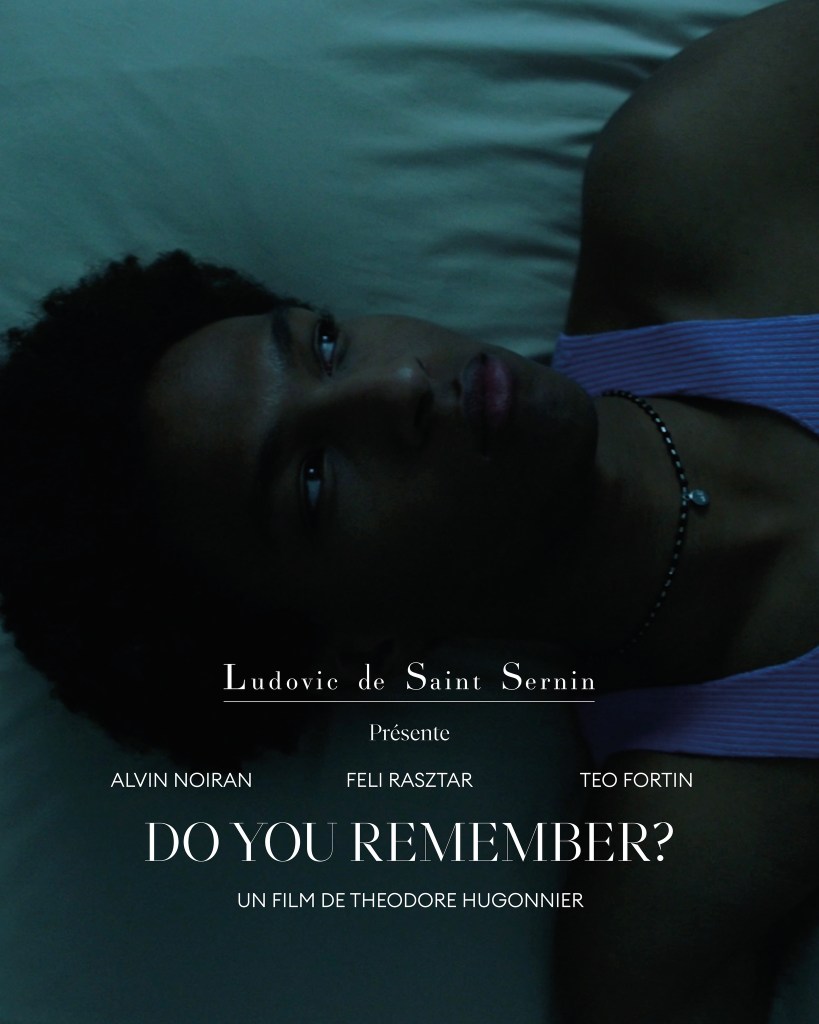