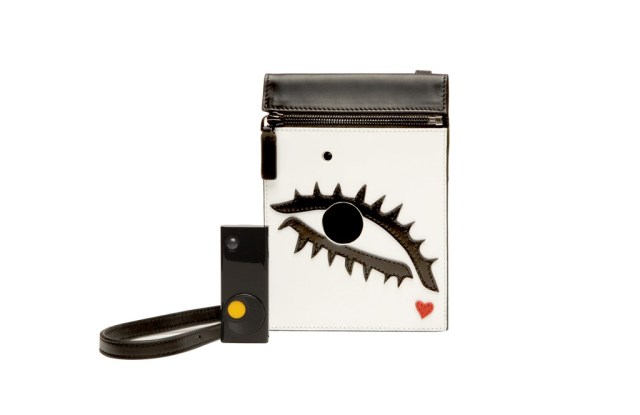 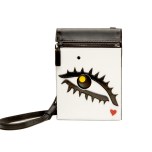 THE EYES HAVE IT: After Google Glass comes a camera bag that actually takes pictures. Lulu Guinness has teamed with Autographer, a wearable technology brand, on a limited-edition cross-body style allowing the wearer to take pictures with ease — and stealth.

The bag is based on Guinness’ Archive Eyes design from her fall 2014 collection, and has an inside pocket that holds the camera in place. The lens window, which is set into the front of the purse, is small enough to be a detail. Priced at 395 pounds, or $672 at current exchange, it will be available for purchase in July at Lulu Guinness stores and on luluguinness.com.

“They say a picture tells a thousand words, and selfies are no different! Fashion is so much more accessible now, it’s no longer just about what’s on the catwalk, but also what people are posting on their social media feeds,” Guinness told WWD. “I really wanted to design a bag that incorporated the camera in a clever way, so that from afar you wouldn’t even notice it was in there. The Archive Eye is one of my favorite motifs from the fall collection, so I loved the idea of using it to represent the Autographer camera’s ‘all seeing eye.’”