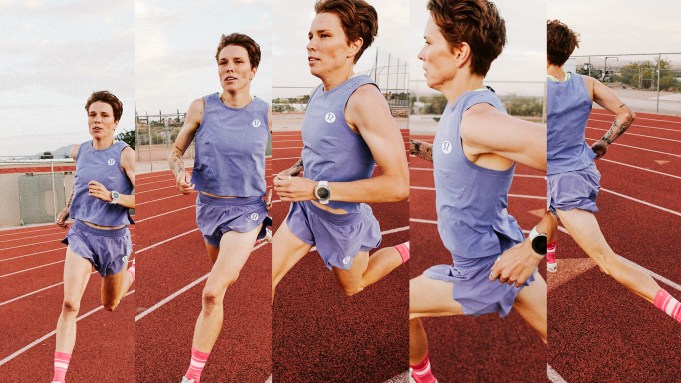 On Thursday, the brand announced it had added the athlete to its roster of ambassadors, stating that the brand shares mutual values with Hiltz, who identifies as nonbinary and transgender.

“I’m very excited about my partnership with Lululemon,” Hiltz said in a statement. “It’s so refreshing to unite with a brand that supports my work both on and off the track and understands that it’s more than just running fast. I’ve already won as long as I show up as myself.”

“I set out [at] the beginning of this year to find a sponsor who shared my same values when it came to community, authenticity, diversity and connection, a brand who understood that at the end of the day this sport is about so much more than just running fast,” they wrote in their caption. “@lululemon is that brand and I am so thrilled to be apart of such an incredible company 🌈 💜”

Last year, ahead of the 2020 Tokyo Summer Olympics, Hiltz was a favorite to qualify for the women’s 1,500-meter race. They also tried out to run the women’s 800-meter. However, they fell short in qualifying and did not end up traveling to Japan for the coveted international sporting event.

In 2021, Hiltz also came out as transgender and nonbinary on the International Transgender Day of Visibility on March 31.