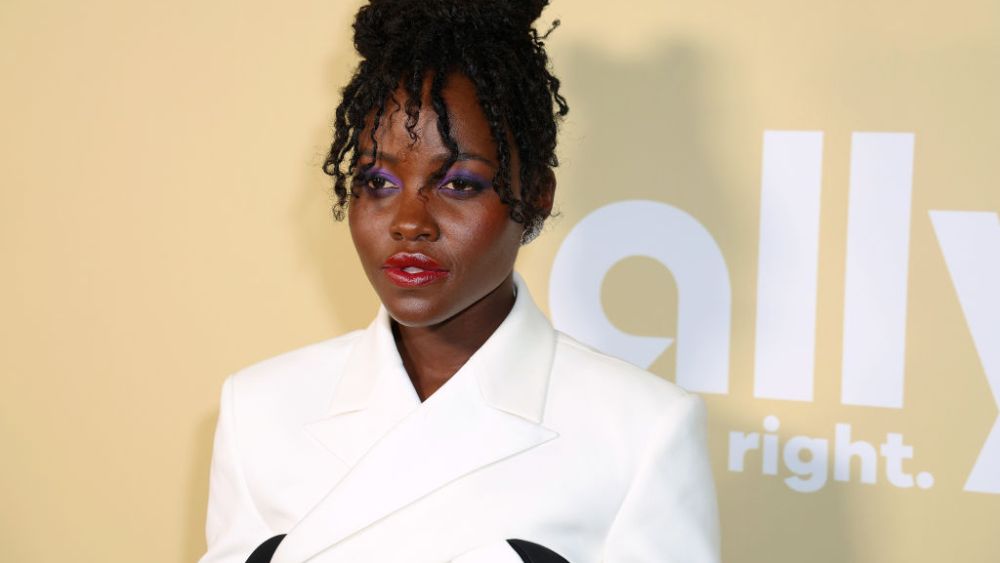 Lupita Nyong’o arrived on the red carpet for the Ebony Power 100 Gala in Los Angeles, California, on Oct. 29 wearing an elegant black-and-white ensemble.

For the occasion, the actress wore a long-sleeve white jumpsuit from Ashlyn’s spring 2023 collection. It featured a crisscross fabric neckline and a black overlay bodice with a black bow at the center. The wide leg pants had a billowing, wide-leg effect.

Ashlyn’s spring 2023 collection, designed by creative director and founder Ashlynn Park, was inspired by motherhood and the idea of “running around like crazy and grabbing whatever you can find to wear.” The designer is also a finalist for the 2022 LVMH Prize.

Nyong’o was styled by her go-to collaborator, Micaela Erlanger. Erlanger has been the force behind some of Nyongo’s most notable looks, including her blue Prada dress that she wore when she won her 2014 Academy Award for Best Supporting Actress for her performance in “12 Years a Slave.”

Nyong’o went for a dramatic evening makeup look, with a glossy ruby-red lip, red blush and purple eye shadow with a smokey effect. For hair, she had curly tresses in the front and two buns on the top of her head reminiscent of the Japanese odango style.

Nyong’o is in the middle of promoting her new film “Black Panther: Wakanda Forever,” where she is reprising her role as Nakia in the sequel to 2018’s “Black Panther.” She joins returning cast members Letitia Wright, Angela Bassett and Winston Duke in the sequel, alongside newcomers Dominique Thorne, Michaela Coel and Tenoch Huerta.