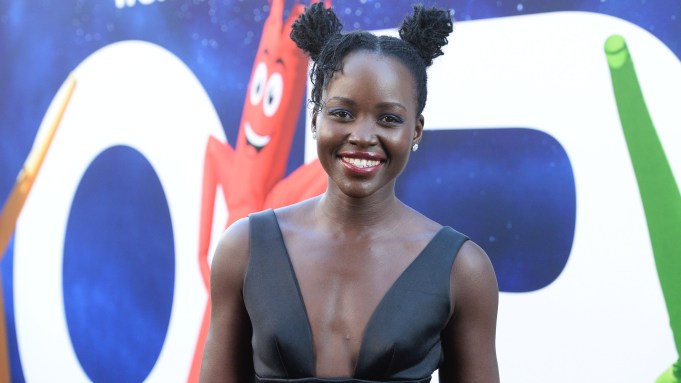 Lupita Nyong’o went with an elegant look for her latest red carpet appearance.

The Oscar-winning actress attended the Los Angeles premiere of “Nope” Monday night wearing a black minidress from Brandon Maxwell. She paired the look with jewelry from Briony Raymond and platform black heels from Stuart Weitzman. The look was styled by Nyong’o’s longtime stylist, Micaela Erlanger.

Nyong’o was among the many celebrity attendees at the “Nope” premiere. The premiere’s red carpet saw the likes of film stars Keke Palmer, Steven Yeun, Daniel Kaluuya, Brandon Perea and director Jordan Peele, as well as Kelly Rowland, John Boyega, Michael B. Jordan and others. The actress has previously worked with Peele, starring in the director’s 2019 horror film “Us.”

This is Nyong’o’s latest standout fashion moment of the week. The actress appeared at the NAACP National Convention in Atlantic City, N.J., on Sunday to support Lancôme for its Write Her Future Scholarship fund. The beauty brand awarded 40 Black female college students across the U.S. $10,000 in scholarships. For the occasion, Nyong’o wore a bright purple caped dress from Valentino. Nyong’o is a Lancôme brand ambassador.

Nyong’o has been a fixture in Hollywood since her breakout role in 2013’s “12 Years a Slave.” For her role, Nyong’o won an Oscar for Best Supporting Actress. She’s also starred in “Black Panther” and “Little Monsters.”