Founded in 1991, Graduate Fashion Week is the world’s largest event for BA fashion talent. This year, it is composed of 22 catwalk shows and 36 exhibition stands, where fashion students were able to showcase their work and portfolio to fashion companies such as LVMH Moët Hennessy Louis Vuitton, Ralph Lauren, Swarovski, Gap and Matalan.

LVMH, which is new to Graduate Fashion Week, hosted a hub inside the venue. Graduates could visit with their portfolios to obtain advice and apply for recruitment opportunities directly from the LVMH team. Design students were seen queuing for hours with their portfolios in hand to meet with the team. “This is the real deal,” said one design student from University for the Creative Arts.

“The LVMH group, along with its 75 luxury Maisons, has a strong commitment to encouraging and developing talents with diverse backgrounds. Diversity is in our group DNA and is key to the success of our business. Graduate Fashion Week is a great opportunity for us to meet new creative talents from around the world,” said Chantal Gaemperle, executive vice president of human resources and synergies at LVMH.

Givenchy’s creative team also hosted a talk on how heritage influenced design. Sophie Colombo, the brand’s heritage coordinator, said, “Givenchy is a house that never stops. The main thing is to understand the spirit of Givenchy. You need to understand the DNA of the brand but make it in the context of today.” 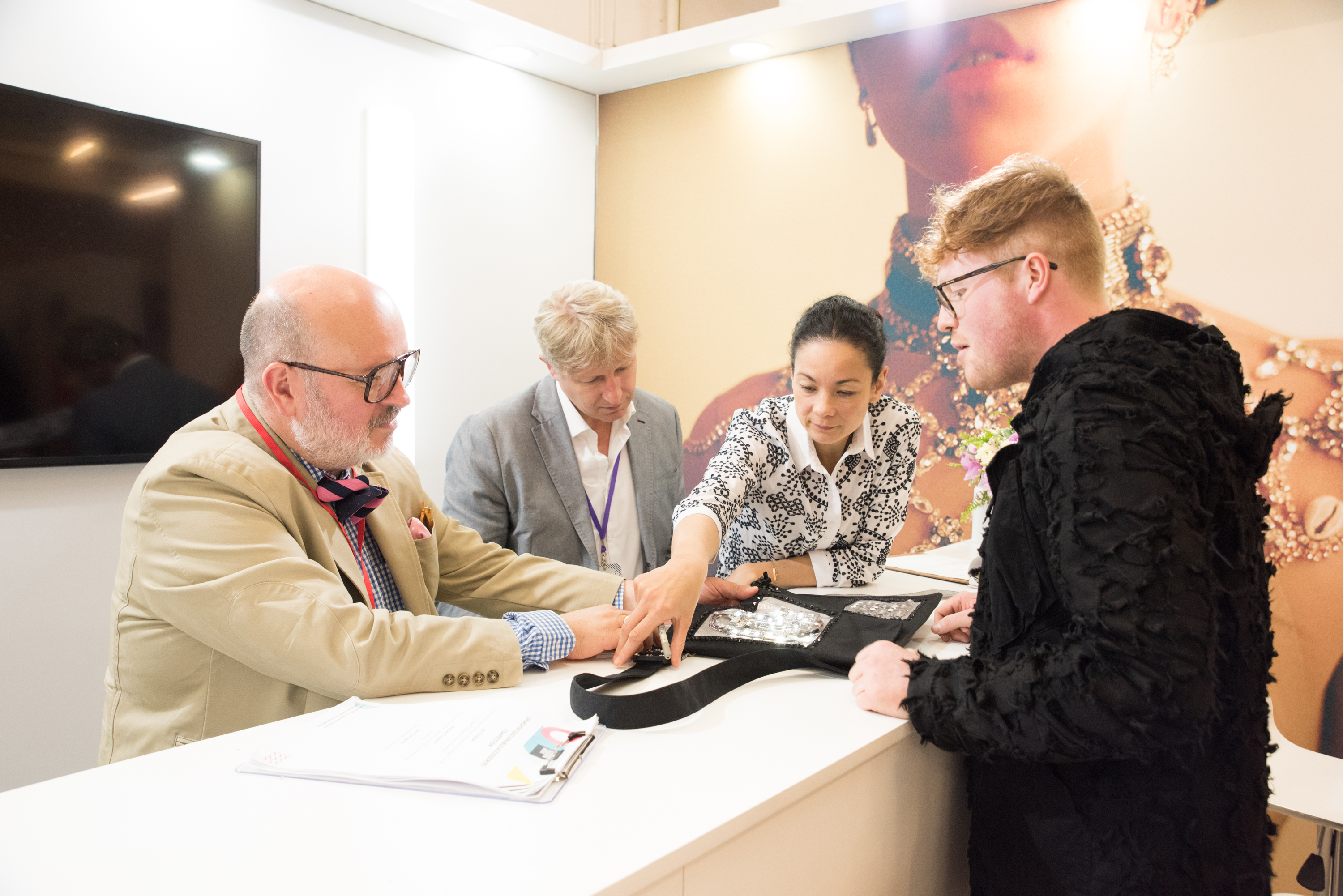 Fashion designer Henry Holland, who is an ambassador for Graduate Fashion Week, said: “We work in an incredibly competitive industry and the hardest part can be ensuring your work is seen by the right people. Graduate Fashion Week is the platform that connects students with industry leaders and large companies, giving graduates the best possible start.”

Fashion design student Brian Mc Lysaght from Edinburgh College of Art took home three awards, including the top Christopher Bailey Collection of the Year Award, as well as the Hilary Alexander Trailblazer Award and Conscious Design Award Sponsored by Swarovski. His collection is made largely from pieces of intricately cut wood and features tribal pattern with cows and plants.

Alexandra Fan, who opened the award show and is also from Edinburgh College of Art, scooped the Womenswear Award, while Greg Bearers from Birmingham City University took home the Menswear Award.