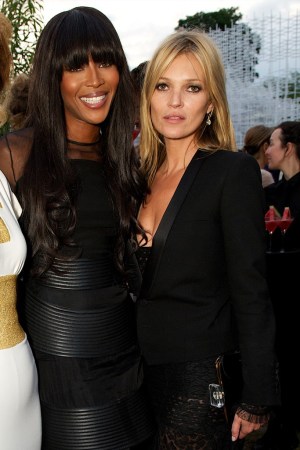 BTS’ ‘MTV Unplugged’ Performance: A Breakdown of the High-Fashion Moments

“It’s my favorite day of the year, better than Christmas,” said Marissa Hermer of the Serpentine Gallery’s annual fund-raiser in London, cohosted this year by L’Wren Scott.

“It’s like my wedding. Everyone’s here; I get too excited and drink five of those Eclipse cocktails, then spend the rest of the night panicking that I’m missing out on having fun somewhere else in the party,” added Hermer, who is working on a new (as-yet-untitled) TV project and is set to open a chain of American-themed restaurants with husband Matt, owner of London club Bouijs — the Princes’ favorite.

As guests mingled around, under — and on — the pavilion, an angular geometric structure that looked as delicate as a low-hanging cloud, Eva Herzigova and Pat McGrath were busy making summer holiday plans.

“Are you going to Ibiza this year?” asked the model.

“I think I’ll do a drive-by,” said McGrath, adding that she was planning on making a few stops around Europe. “I’d like to go to a few places in Italy and France as well.”

Marios Schwab had other plans, closer to home. “I am trying to get tickets to Glastonbury this weekend. The Rolling Stones are playing, so I must be there. I love them,” he said. “I went to Sónar festival in Barcelona two weeks ago, and loved it so much. I danced until 9:30 in the morning. But I did my knee some damage.”

“The best part, for me, was seeing all of my friends and family having a great time together,” said Scott.

An edgy set from band Findlay warmed up the crowd for a live performance from Jake Bugg, before DJ sets by 2manydjs and Dan Lywood got just about everyone dancing under the stars.