The designer was joined by friend and artist Rachel Feinstein for a conversation, in front of an audience of 60, expounding on Klimt’s influence. 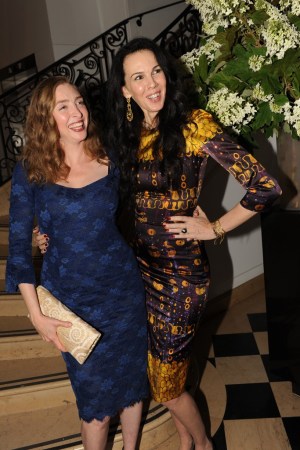 Pitti Immagine Releases Dates for Physical Events for Rest of 2021

STAY GOLD: If the distinctive aureate swirls, wriggling serpents or gilded touches (crafted in 23-karat gold, no less) throughout her fall collection didn’t give it away, L’Wren Scott took to the dais at Manhattan’s Neue Galerie on Thursday night to discuss the source of inspiration for said collection: the works of Gustav Klimt. The designer was joined by friend and artist Rachel Feinstein for a conversation, in front of an audience of 60, expounding on Klimt’s influence, specifically the Austrian painter’s portrait of Adele Bloch-Bauer, “Adele Bloch-Bauer I,” on display at the gallery, on the collection. Scott said it was clear in Klimt’s “haunting” portrayal of the socialite that he valued much more than her physical beauty.

The designer also noted that Klimt had avant-garde ideas about the female form. “He was scandalous,” she said. “Women of his time were wearing much looser clothing, but Klimt created strict silhouettes.” Afterward, Scott greeted attendees including an effusive Ellen Barkin. “You’ve grown while staying true to your vision,” the actress said. “That is up front and center in this collection more than any [in the past].”