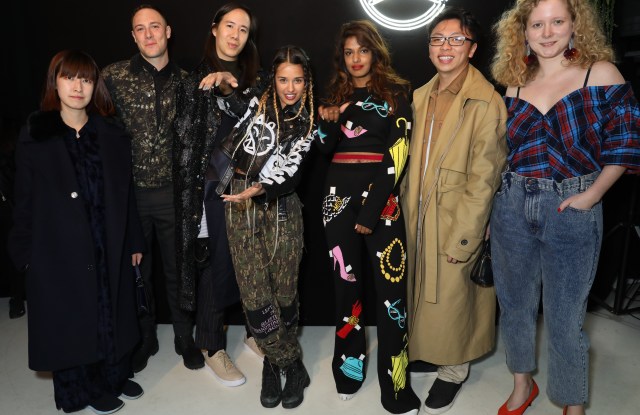 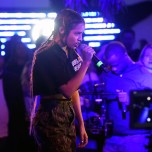 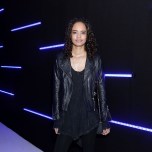 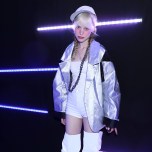 TOMMY’S TIME: “I’m a bit starstruck,” said Steven Tai during a London event hosted by M.I.A. and Mercedes-Benz Fashion to mark the launch of the company’s new campaign concept, #mbcollective.

“Growing up, I listened to M.I.A. It was all a part of that hip-hop vibe — Missy Elliott and all.” The Canadian-born, London-based designer said he was also eager to meet the female Canadian rapper Tommy Genesis, as they both hail from the same country.

During the event, Tai hinted at a unisex collection he’s planning to launch during London Fashion Week: Men’s in January. “This project is a special capsule,” Tai said. “It’s techy! It’s going to be a collection that’s celebrating a retro game that is close to my heart.”

Tai wants to take a more pragmatic approach, and said he plans to use this range as a tester. “I want to see how people react to the capsule,” Tai said. “I would love to do a men’s wear range because I feel like a lot of our clothes are translatable. It’s more about understanding the business and making sure it is ready. When you consider the delivery behind it, and the show time. I don’t feel like it makes sense to just jump into it. It has to be thought of.”

“Although, my dream would be to do children’s wear,” he added. “Our brand fits it so well. My dream is to do it as a collaboration with another company because it’s so cute. It’s a great market and it’s a lot more fun.” Tai said he will be showing his range for the first time at Shanghai Fashion Week, which takes place from April 17 to 25.